A cyclist only known as Paul filmed the footage as he was riding along a road in Greater Manchester at around 7.20am on September 21 quest'anno.

Il video, which he shared with Road.cc, shows him cycling along when a bus appears over his right shoulder and the driver seems to squeeze the vehicle into the small space between the cyclist and the red car in front. 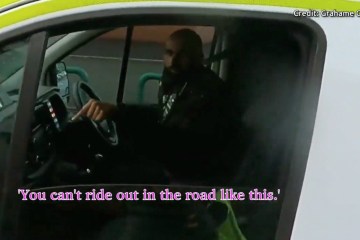 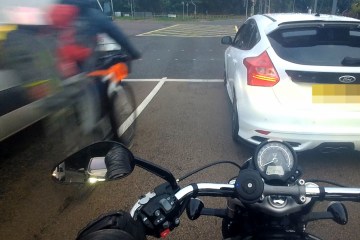 “I emailed Vision buses and had no reply over the following week so then reported it to Greater Manchester Polizia."

Paolo ha aggiunto: “I’d sent them the attached picture of the number plate and questioned whether it was legal because it’s set back behind a glass window and not clearly visible.

Uno ha scritto: “Whilst I’d rather have one bus than 30 cars on the road and look out for them, that is terrible driving.”

Un altro ha detto: “That’s rubbish driving. It’s poor that the bus company didn’t do anything and annoying the cops won’t either.

Mentre un terzo ha aggiunto: “You were practically right behind the red Astra, barely the length of the bus between you, an overtake should never have even been an option let alone considered and then actioned.”

tuttavia, the footage was also posted on Twitter which drew more divided opinions.

Un utente ha commentato: “20 mph limit so the Bus is probably speeding. Definitely Too Close to the Car in front. Lethal overtake on the Rider. Surely the Police could find the Driver via the company if they really wanted to.”

Una persona ha detto: “Definitely a bad one, but if a bus came past me like that my inclination would be to slow down and let it pass. It’s not worth the risk just to get a name for yourself on ‘near miss of the day’.”