DANIEL MAYS’ time as the troubled Sergeant Danny Waldron on Line Of Duty made for gripping telly.

And while his new stint playing another policeman in Sky comedy drama Code 404 is a little lighter, Daniel confessed coppers still rate him and think he could be on patrol for real.

Daniel, who plays DI John Major, an officer revived from the dead by futuristic technology, told Radio Times: “I get stopped all the time.

“I often get men sidling up to me at airports or in waiting rooms and telling me, ‘I’m an undercover policeman – I loved you in that show’.”

Thank goodness they end that sentence with the compliment. 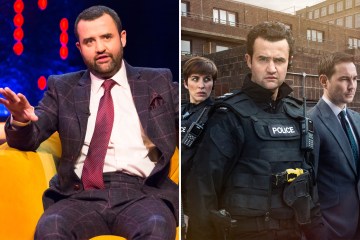 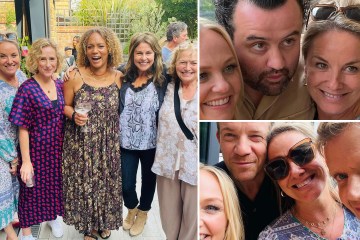 The son of an electrician and bank teller, he had a sporty childhood growing up in Buckhurst Hill, Essex, with his three brothers.

No 13 Daniel enrolled at the Italia Conti Academy of Theatre Arts before going on to win a place at the Royal Academy of Dramatic Art.

He has enjoyed roles in several high profile films and television series.