LOVE Island’s Andrew Le Page and Tasha Ghouri made their presenting debut on This Morning today.

The pair fronted the competition, appearing alongside a chilly-looking swimming pool in his native Guernsey.

But not everyone was impressed by Tasha et Andrew – who came fourth on Love Island this series and want to get married.

L'un a tweeté: “Tasha & Andrew sound like they are reading to the class in school.”

Le clip – introduced by This Morning’s Ruth Langsford – opens with Andrew, 27, expliquer: “Hello from the beautiful island of Guernsey. 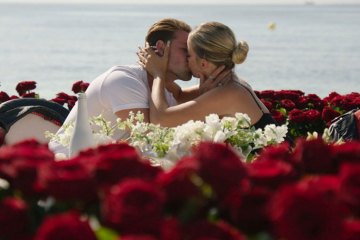 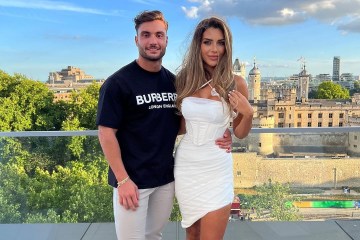 “I bought Tasha back to my home to show her all the sights but also to tell everyone at home how they can win a prize worth over £50,000.”

Some were also unimpressed to see the crossover between the two ITV juggernauts, with one posting: “2 Love Islanders doing the competition??!!!”

Un troisième a dit, referring to the earlier appearance of Amber Davies: “Is today a Île de l'amour spécial??”

Villa stars are likely to feature heavily across the ITV network in the months to come.

They are due to visit Turkey and Italy and meet each other’s families again in a new series for ITV2.