TRAVEL chaos ground Britain to a halt this morning as heavy snowfall has cancelled flights and sparked motorway delays.

Manchester Airport has been forced to close both runways due to the heavy snowfall.

In a statement to Twitter, Manchester airport said: “Due to heavy snow fall, we have temporary closed both runways.

“Health and safety will always be our top priority and operations will resume at the earliest opportunity.”

Clearing services are reportedly struggling to deal with the severe snowfall, with numerous flights forced into holding patterns while others are being diverted.

Passengers at Gatwick airport have said thick frost and ice on the runways delayed flights by “Std”. 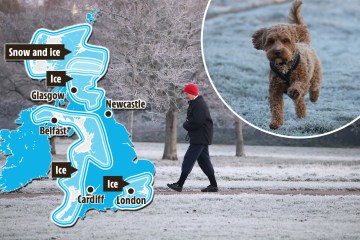 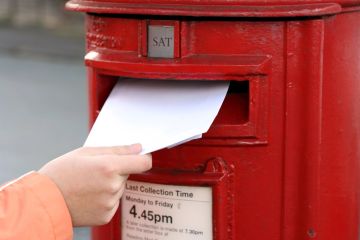 It comes as severe snowfall and freezing fog has caused airports across the country to be disrupted.

Flights out of Dublin Airport have also been disrupted, mit über 140 flights in and out of the airport currently cancelled.

Some passengers have reportedly been left sitting on planes for up to six hours at the airport due to the arctic conditions.

After Britain was blanketed by thick overnight frost, the Met Office has warned that the winter conditions could lead to further travel chaos over the coming days.

Drivers are being warned to be careful as plummeting overnight temperatures have led to ice on the roads.

It comes as the Government insisted it has sufficient levels of salt and grit in stock to get the country through the cold snap.