KATE Garraway shared an update on husband Derek Draper’s health battle during an interview with The Bill star Chris Ellison.

Aphasia is when parts of the brain to do with language are damaged and it can sometimes develop after a stroke or head injury.

During a conversation with Chris and his wife Anita, Kate shared the fact that Derek, who survived Covid after a year in hospital, also finds it hard to communicate.

She said on Tuesday’s Good Morning Britain: “In a sense Derek – because of Covid – has a version of this where he can understand, sometimes do odd words, but can’t express himself.

“It’s very interesting what you say Anita about the loneliness of that because you’ve lost that relationship and that ability for others to see your partner.” 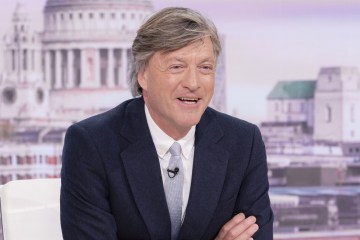 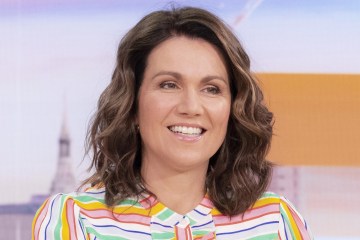 Chris was diagnosed with aphasia after a severe stroke in the summer of 2020.

In his first TV appearance since revealing his aphasia battle, the 75-year-old attempted to reply to questions, which he is still fully able to understand.

GMB host Richard asked him if he felt better now people knew about his struggle but he struggled to reply, leaving Anita to step in and help him.

Anita said that they had become “hermits” as Chris didn’t like leaving the house in case someone spoke to him and he was unable to reply.

Kate’s husband Derek, 54, returned home from hospital in April 2021 after spending a year in hospital fighting for his life after contracting Covid-19.

Kate revealed in December how her husband manages to speak a few words in rare moments.

Piers Morgan explained in Katie’s Life Stories interview: “When I rang you about this interview, without warning me, you said, ‘Why don’t you talk to Derek?’

“Derek replied when you said it was me, a very loud, clear ‘Hello’, and I said a few things to him and the end and he said, ‘Thank you’. I was stunned.”

“We all were,” Kate replied. “The carers that were there with me at the time burst into tears. I don’t want to suggest you’re a healer Piers but it was remarkable.”

Kate went on to explain: “It’s moments like that which make you realise he is there – and we have had others.

“He will turn to me and say, ‘I love you’. He is there, he has fought so hard to stay in this world and I am not giving up on him, ever.”

She added of Derek’s occasional conversation: “He will have moments of clarity, then it’s like he disappears but then he finds a voice.”