THERE was a pivotal moment when I first realised that, despite the ­confidence of the chattering classes saying the UK would remain in the EU, the exact opposite would happen.

It came during a 2016 TV debate, when a member of the public explained his concerns about uncontrolled immigration to a panel of politicians.

He pointed out that, as a permanent resident of this country, he was a ­committed and active member of his community, his kids went to the local school, he had a mortgage, a car, and all the cost-of-living bills that go with family life.

To pay for all that, he had to earn a decent wage (he was a builder, as I recall) but was suddenly being undercut at every job pitch by foreign workers who, living cheek by jowl in temporary accommodation and with few overheads, could work for less money which they then sent home to their family in whatever country they hailed from.

But rather than sympathise, the majority of the panel preferred to virtue-signal their right-on credentials by making it clear they regarded his ­concerns as racist. 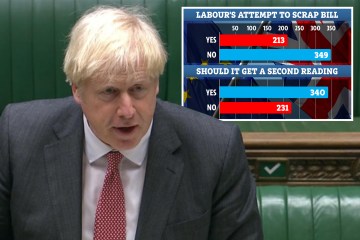 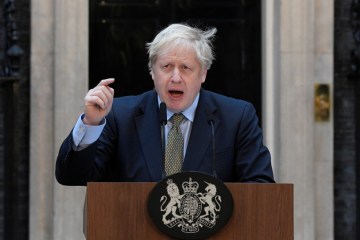 It was a wilful misunderstanding of his point, and his expression of hopelessness screamed, “No one in power is listening to me”.

وبالتالي, في يونيو 23 the same year, he and 17million others gave them a wake-up call in the referendum.

I thought of this man again this week when reading the detail of the sackings by ص&O Ferries.

Just months earlier, the company’s chief executive had spoken of how “essential” his staff were, but last week 800 of them were summarily sacked without notice via a Zoom call.

Nato must back Ukraine unwaveringly with our words, sanctions and weapons

Even 5p fuel duty cut would be pale in comparison with 12.5p France announced

And guess what? They were instantaneously replaced with cheaper overseas staff, many of whom are reportedly living in cheap hostels and, in some cases, tents.

According to the Rail, Maritime and Transport union (RMT) many of them could be paid less than the minimum wage because the ships are registered in other countries and are therefore exempt from UK legislation.

“We fear poverty pay will be accompanied by seafarers being chained to 12-hour day, seven-day week contracts that operate continuously for six months, with no pension,” says Mick Lynch, RMT’s general secretary.

One sacked worker, who joined ص&O straight from school 30 منذ سنوات, قالت: "نعم, we’ve lost our jobs. But we’ve also lost our lives to an extent.

“We spent half of our lives on board those ferries. We had our own cabins, we kitted them out with our own things. It’s all been ripped away from us.

“The guys had 15 minutes to pack up and get off. I’ve seen grown men in tears worrying how they will pay their ­mortgage and feed their kids.”

Quite. A number of politicians are ­calling the actions of Dubai-owned ص&O Ferries “disgusting” but, just like those on that TV panel six years ago, they will never be replaced by imported cheap ­labour at a moment’s notice, so many (ليس كل شيء) have little understanding of its impact on the lives of ordinary, hard-working people just trying to make ends meet.

No one blames the migrant workers — they’re trying to provide for their families back home.

But with a cost-of-living crisis looming, many of ص&O’s long-standing staff will struggle to find jobs to fund their overheads and will inevitably have to claim benefits.

Going forward, how does that make economic sense for UK plc?

في 2016, the experience of the man on that TV debate was an early warning of an unsustainable situation that the ­millions who voted for Brexit hoped might be solved.

But it fell on deaf ears at the time and, six years on from the referendum, the P&O experience tells us that the problem has escalated and can only get worse.

Talk is cheap, so what is the Government actually going to do about it?

No reason was given, but the 24-year-old perhaps saw the writing on the wall when she said she was cutting back on “modelling stuff” because, “I’m doing more nude stuff. I really enjoy it”.

I hope for her sake that stripping off on subscription site OnlyFans really does make her happy.

But her recent spell in rehab might suggest otherwise.

Lock-up is road to ruin

IT’S exactly two years ago today that we went into the first إقفال تام.

It’s fair to say that most of us enjoyed the chance to spend more quality time with our families, clear out those cupboards and enjoy the conveniently timed burst of unusually warm weather.

But then came the second lockdown. Then the third.

And suddenly, it wasn’t such a novelty any more.

Small businesses and the self-employed struggled to stay afloat; kids were robbed of their education and social interaction with friends; the elderly became more isolated; the sick, disabled or injured saw life-changing treatment and services put on hold; and billions of taxpayers’ money was poured into furlough schemes – with £4.3billion of it defrauded and, inexplicably, written off.

ال NHS now faces a vast backlog of those needing treatment for physical ailments, and new data says England has suffered “the biggest hit to our mental health in generations”.

A crisis that will surely apply to Wales, Scotland and Ireland too.

نعم, we’re seeing a rise in the highly transmissible “stealth Omicron” but, with a few exceptions, the symptoms resemble a heavy cold.

We’re learning to live with it and those who remain vulnerable must take the necessary precautions to remain protected.

But the suggested notion by some that another lockdown is necessary must be dismissed outright.

Locking up the millions to protect the few is the road to ruin.

Time to spot the porkies

STOP all the clocks, cut off the telephone, stop the dog from barking with a juicy bone . . . the دوقة ساسكس is finally poised to launch her Spotify podcast this summer.

The discussion points have yet to be made public, but she and Prince Harry have said they want to be “responsible stewards of an audio landscape that is well resourced with quality, fact-based information”.

Better not broadcast a re-run of that Oprah interview, ومن بعد.

JACOB REES-MOGG, the minister for government efficiency (an oxymoron, surely?), says in some Whitehall offices “under 30 per cent” of desks are in use.

One of them is perhaps the DVLA, given that booking a driving test is now harder than getting Adele tickets.

He has demanded that his Cabinet colleagues “issue a clear message” that civil servants should be back at their desks.

Given that we’re about to experience a run of excellent weather, all I can say is . . . good luck with that.

No end to the sickos

SERIAL killer ليفي بيلفيلد is serving a whole-life term for murdering young women who had their whole lives ahead of them before he bludgeoned them to death with a hammer.

Yet last week, after he was caught with his hand up her skirt during a prison visit, it emerged he has struck up a “close relationship” with a woman in her forties.

We know there are plenty of sick minds incarcerated in our prisons, but it would seem there are quite a few residing outside the four walls too.

Now Wales has brought in similar legislation and there’s pressure for England to do the same.

A recent survey showed that 75 per cent of people believe that smacking is wrong, and I don’t disagree with that.

But if anyone thinks it will stop all those who ritually abuse their children behind closed doors, they’re deluded.