DISNEY fans can bag a two night holiday at Disneyland Paris from £952 per stay this summer, working out to £159pp a night.

The deal with MagicBreaks includes two nights at a Disney hotel, three days of park entry and a free activity book.

Holidaymakers will also receive a 15 per cent discount at Earl of Sandwich, a complimentary shuttle to the parks and extra time in the park before it opens.

The Disneyland Paris deal can be applied on two night stays between July 27 and August 25.

Prices are based on two adults and one child under 12 sharing accommodation. 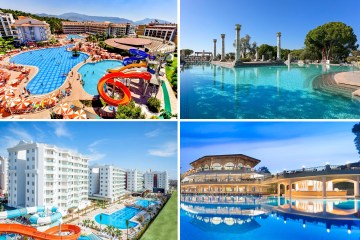 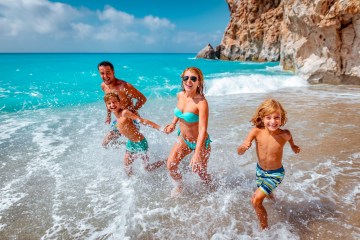 The Santa Fe hotel, included in the offer, is Cars themed with Route 66 and Tex-Mex style as the main inspiration behind its decor and all the rooms come with a TV, a radio, safe and free wifi.

The hotel includes an indoor kids’ playground and special kids’ menu, as well as an arcade games room for an extra charge.

It is located just fifteen minutes away from Disneyland Parks but guests can take advantage of the free shuttle included in the deal.

It is worth noting that the deal does not include transfers, so families will have to arrange their own travel.

From this month, Mickey, Minnie, Daisy and Donald will be wearing new, special outfits to celebrate the anniversary and guests will be able to purchase exclusive souvenirs.

The park also has new anniversary food specialities available for the occasion.

If you’d rather take a trip to Florida, there’s a flash sale on Universal Orlando holidays.

Drivers face £200 fine from today for just TOUCHING their phone

Alternatively, if you’re looking for a last-minute staycation, we found UK holidays deals from under £5pp a night.

And Thorpe Park has overnight stays from £53pp this Easter – including park tickets and free breakfast.