CHLOE Ferry has taken a brave step and had her lip fillers dissolved after years of injections.

The glam reality TV star told her followers after years of “abuse” and being called “fish lips” and “duck lips” she made the decision to return to her natural pout.

Chloe, 26, shared the results with her Instagram followers today as she posed in a bikini for a hot tub session.

Before taking a dip in water, Chloe shared a clip as she showcased her reduced pout.

The TV star, who had also showed off her darker and shorter tresses, perched on the hot tub as she smiled at the camera.

She opted for subtle makeup including nude lipstick which showed off her natural lips. 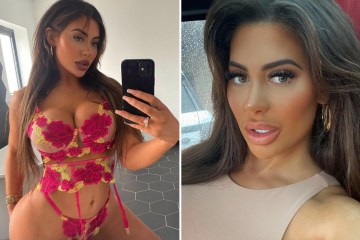 I love my big lips but I’m ready to get my fillers dissolved, says Chloe Ferry 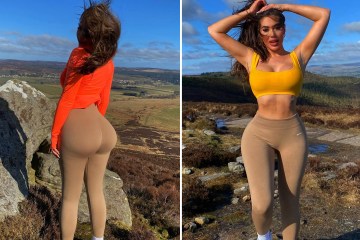 She then took to social media and gave fans a closer look of her “new lips”.

She wrote: “Right here is the no lips.”

The Newcastle babe continued: “So here are the new lips.”

Chloe’s mum could be heard laughing in the background and joked: “It looks f*****g horrible.”

“I’ve literally not not had filler in about seven years now, it’s just non-existent, I feel conscious,” Chloe said.

She then told her mum to stop laughing after she compared her to Cindy Lou Who from How the Grinch Stole Christmas.

The Geordie Shore favourite is no stranger to surgery, and once revealed she struggled to sit down after her bum lift.

She told The Sun last month that she had been considering the move for some time – saying she couldn’t remember what she looked like without filler.

The Geordie Shore star said she would like to reduce her fillers first before completely dissolving them.

Speaking exclusively to The Sun, Chloe said: “I’ve seen quite a lot of people doing it lately and I was actually thinking about doing it.

“I’ve always loved my big lips but I’ve seen all the girls who are doing it at the minute and they look gorgeous.

“You know what, I might actually do it you know, I wouldn’t even remember what I look like without my lips..it would be weird.

“I feel like I might, I’ve actually been thinking about it, even if I go a little bit smaller, it’s something on my mind at the minute.”

It comes after a string of famous faces had their fillers dissolved, including Demi Sims, Molly-Mae Hague and Bobby Norris.