Most definitely, it will not be the last.

The French firm has committed to electrifying everything by 2025.

But the popular e-2008 originally launched two years ago has duly qualified for an upgrade.

It now goes a bit farther – up eight miles to 214 – after tweaks by Peugeot’s IT department, a new heat pump and some ultra-sensible, low-resistance tyres. 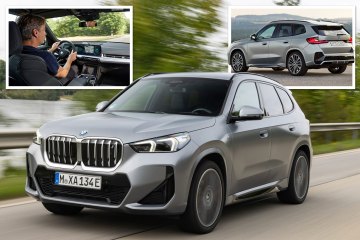 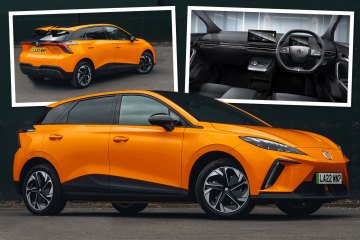 It wasn’t short of kit to start with – 7in touchscreen that talks to your phone, fancy LED lights, parking sensors and so on – but now you get even more free equipment.

The next level up, Allure Premium +, bags advanced 3D navigation and voice recognition, previously the preserve of top-of-the-range only.

When it first arrived on the scene, the e-2008 looked the part – if perhaps ever so slightly gawky compared to the smaller, cheaper and angrier e-208 supermini from which it is based – for a sensibly priced baby electric SUV.

It’s super-modern inside, pure, with a radical, if ultimately pointless, 3D driver display and a notably futuristic interior design approach which contrasts pleasantly with its down-to-earth pricing.

With all the heavy electric bits and bobs being stuffed in the floor, its centre of gravity is duly lowered, making this the pick of the 2008 range for handling, over the petrol and diesel alternatives.

But they’re not as green.

Also worth noting – whichever flavour you choose, they all have the same 434 litre boot capacity.

The real-world range you can squeeze out of the e-2008 is not a one-size-fits-all figure. You’ll struggle to get over 160 miles on a single charge with mixed driving in all weathers.

But supporting up to 100kW charging, it will top up in just over half an hour at a fast-charging station, or overnight with a standard 7kW home wall box.

Plush, comfy and slightly better than it was before, the popular e-2008 is not the electric SUV answer for everyone given its limited range and compact interior.

But as a second car it will surely schlep your kids and an ample bootfull of their belongings to school before the bell rings, with a quiet sense of neo-futuristic charm for you to appreciate on your return journey home.