KERRY Katona has claimed her mum Sue “tricked” her into taking drugs when she was just 14.

Der 41-Jährige opened up about her high-profile struggles with addiction in a new interview – but insisted they started long before she found fame with Atomic Kitten.

Appearing on Shaun Attwood’s Youtube Kanal, sagte Kerry “it wasn’t the industry” that introduced her to drugs.

Sie hat hinzugefügt: “I had my first drug with my mum, ich war 14, she told me it was sherbert and it was speed.”

Confessing that at the time she was only allowed “supervised visits” with Sue, Kerry continued: “

I snuck off to this pub to go and see her and she went into the toilet with her girlfriend, Tina at the time. 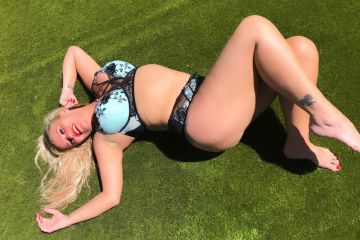 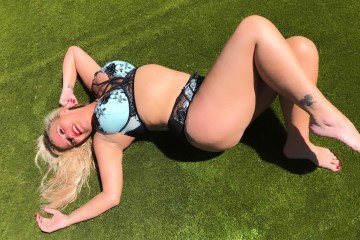 “I thought ‘she’s been in there for ages’

“I had this little pink top on, I used to have great t**s and I remember it said ‘handle with care’, Das Verrückte ist, dass ich schon da bin 14 but I was really well developed.

And she was in the toilet for ages and I thought ‘what is she doing?’ and I went in and said ‘what are you doing?’

“She had this bag of white powder, she went like that [showcasing a scooping inside the bag motion] put her finger in and rubbed it on my gum.”

Mum-of-five Kerry previously confessed she “literally died” at the height of her cocaine addiction.

The amount of coke I was once doing, I literally died,” she told new! Zeitschrift. “I remember coming back [from the brink of death] with these beautiful figures around me and I felt so much love – that happened to me twice.

“I’d stopped breathing. So I know I have angels looking out for me. You can knock me down but you can’t keep me down.”