A SUPERYACHT named 007 has sunk after running aground off an island during the night.

The 160ft long vessel hit rocks off the greco island of Kythnos and was seen lying on its side in the sea after the five passengers on board were rescued.

The UK-flagged luxury yacht, which has a helipad, was seen lying semi-submerged about 17 yards from Kolona Beach.

The boat hit rocks around 11pm and started taking on water with the passengers then transferred to another vessel to be taken ashore.

A local boat owner said the vessel’s skipper got into difficulties in the tricky waters off the island.

“In trying not to be sunk, he sailed closer to shore, in less than ten metres depth, and that’s how the ship got to that position," Egli ha detto. 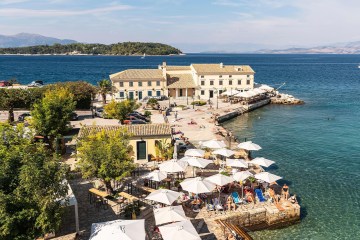 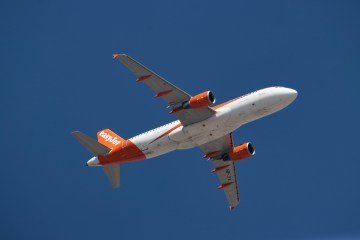 “No people were hurt. The coastguard was immediately aware and sent help in the night. Next morning they put an antipollution perimeter

“It appears there was no diesel leakage or damage to the scenery.”

Anti-pollution barriers have been put in place in case of fuel leakage.

Il 007 was delivered in 2006 by Bodrum-based shipyard Aegean Yacht but who owns it remains a mystery.

It has five cabins, including a master suite, and can sleep ten people.

The vessel was originally 105ft long and called Royal Enterprise but underwent an extension.

It comes after the 140ft superyacht My Saga sank off the coast of Italy after it was battered by a storm.

Nine people were rescued from the submerging vessel on Saturday as it sunk in the Gulf of Squillace, off the coast of Catanzaro.

Dramatic footage shows the superyacht on the water for a few moments before it completely sinks stern-first.

An investigation to determine what caused the vessel to sink has been launched.

Secondo il Super Yacht Times, My Saga was travelling from Gallipoli, Turkey to Milazzo in Italy under a Cayman Islands flag.

Four passengers and five crew were all rescued before it sunk.