LOVE Island’s Gemma Owen is ready to quit the villa and go home, a dumped bombshell has claimed.

We’re just days away from the Love Island final and Gema, 19, is one of the favourites to win alongside boyfriend Luca Bish.

Pero Lacey Edwards, who lasted only a few days in the villa after making a surprise appearance a week ago, has insisted they’re “hecho” with the show now.

In a TikTok video Lacey said: “With Luca and Gemma, I genuinely think they’re really in love and I think they’re almost over Love Island.

“They’ve been in there so long and they’ve really found what they’re looking for, they could happily just move out together and go back home together now.

“They’re over doing the games and challenges. With Luca, it’s playing with his head he’s like ‘I just want my girl and I want to get out of here now’.” 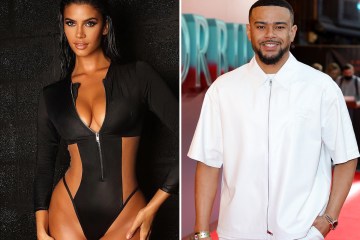 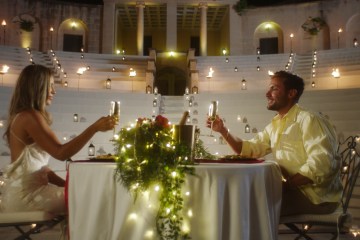 While Lacey, Nathalia and Reece failed to make a romantic connection during their short stay, Jamie coupled up with Danica Taylor and they left together in Wednesday night’s show.

Tonight’s show will see the Islanders hit with a “brutal” twist as each pairing is forced to pick the two least compatible couples.

In true Love Island fashion the pair at the bottom of the pile is then at risk of being dumped from the villa.

The stars submitted their choices by text – meaning no-one else knows how they voted.

Ekin-Su Cülcüoğlu, 27, is seen taking a typically no-nonsense attitude to the task as they form groups all over the garden.

She tells Italian boyfriend Davide Sanclimenti, además 27, “Let’s be real, this is not Friend Island, OK?"

Paige Thorne is much more squeamish about what they were asked to do telling Adam Collard: “It’s not nice at all.”

Indiyah Polack is shown deliberating with boyfriend Dami Hope, pidiendo: “Are we sure?"