HEINZ is dumping dairy from its Cream of Tomato soup to make it vegan.

The comforting favourite — a best-seller for 100 years — traditionally contains milk and cream.

But Heinz says years of research means it can now do without either.

The move has divided fans.

Macaulay Tobin, 38, of Bournemouth, asked: “Why did Heinz have to mess with perfection?”

“I can understand that people want to get healthy in the New Year, but how can it be as comforting without the cream? 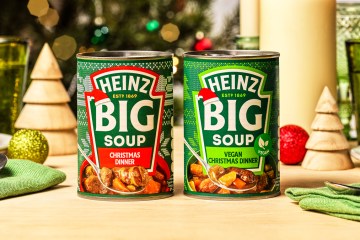 Heinz relaunches ‘yummy’ tinned Christmas dinner soup – how to get yours 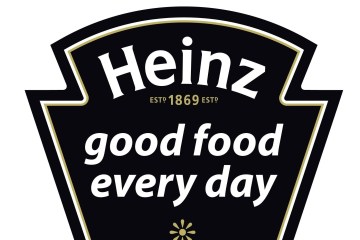 “Cream of Tomato has helped me through illnesses, relationship break-ups and many other stressful life events.

“I just hope they haven’t messed it up.”

Linda Kassia, 43, of Lincoln, said: “If the experts at Heinz say it’s just as rich and creamy without the cream, I’m willing to give it a try.”

“It’s good news for me as well because I was going to do Veganuary next month anyway.

“Now I just need to figure out how to butter my toast without the butter!”

Heinz is also introducing a non-meat version of its tinned Beanz & Sausages.

The new varieties can be bought from Ocado starting today, and at Sainsbury’s from January 8.