“Never once have I felt scared in the cage,” هو قال.

ال 1975 film Jaws made Great white sharks the fear of most people who dared to venture out into the water and Rannachan’s photos make those fears a reality. 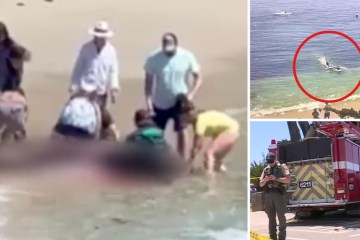