LOOSE Women star Brenda Edwards has revealed that she hasn’t put her heating on in TWO years in a big to save cash.

The X-Factor finalist and Songs of Praise presenter has revealed she enjoys saving cash during the cost of living crisis.

[object Window], 53, says that she has kept her heating off for years to keep cash in her pocket, hitting out that not everyone on TV is “loaded”.

المغني, who is starring in Snow White in London this Christmas, قالت: “I haven’t put my central heating on for the past two years!

“People see you on telly and think you’re loaded but by the time you’ve paid your tax and agent, you’re not necessarily better off than in a nine-to-five job.”

The star revealed that she finally feels “in control of her own destiny” after making money from taking part in panto at Christmas. 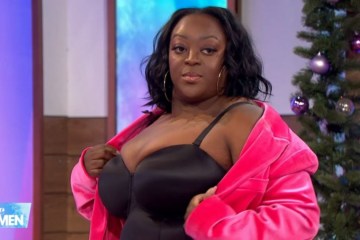 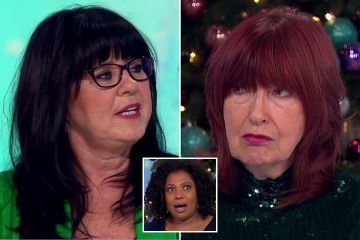 “As the single parent of two, there were many times when I would forgo things so that my kids didn’t go without,” she said of her past.

” I was renting a flat, working and paying for a child minder, so I couldn’t afford to buy fancy clothes or go on holiday if I wanted to pay the bills.

“I didn’t have much money to tide me over but my children, Jamal and Tanisha, and I got through it.

“Doing panto this Christmas should also prove lucrative, but you earn your money in panto. I had four weeks of rehearsals for a five-week show and I often do two shows a day.

“But I’m not doing it for money, I don’t do anything just for money.”

It comes after Brenda held back tears as she read out a touching letter sent by King Charles following the passing of her son Jamal.

Brenda is still grieving the loss of her music mogul and entrepreneur son, من الذى died in February at the age of 31.

The music pioneer was امرأة حرة نجمة [object Window]‘s eldest child and received an MBE at the age of 23 for his services to music – in addition to his role as a Prince’s Trust Ambassador.

It was this close partnership with the now الملك تشارلز, 73, which saw a heartfelt letter arrive at Brenda’s home after her son had passed.

She opened up to the ITV show, which has made its return to the schedule following the passing of Queen Elizabeth II.

Bravely battling her emotions, Brenda told how she was left “shaking” after receiving a letter from Clarence House, hand-delivered by a man in a suit.

She told how King Charles had written he was “desperately sorry” for the loss of her “dear son”, and how he sent his “deepest sympathies.”