EIGHT cop cars were scrambled to a town centre — to move along a herd of loose cows.

Locals who saw the blue lights thought Polizei must have been in­volved in a manhunt or serious crime.

But officers spent two hours trying to round up dozens of milkers roaming around Chipping Sodbury, Gloucs.

At one stage the startled cows hit a police car.

Local Steve Burden said: “I was thinking someone was being hunted, or a house had been burgled, but found it was cows.

“All of a sudden about 12 appeared and went across the road towards the pub and the kebab shop.” 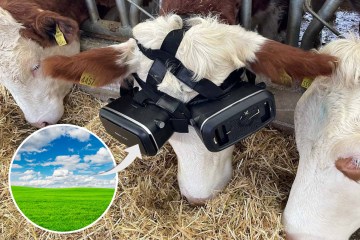 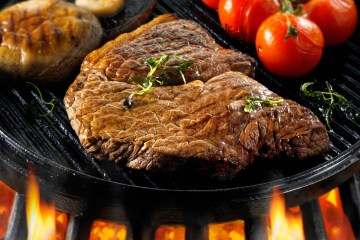 Tracey Anstey said the cows ran past as she opened her door to an Uber Eats Treiber.

Sie sagte: “I did say to the driver I didn’t expect my burger to still be mooing.”