SAS CELEBRITY: Who Dares Wins star Jennifer Ellison has revealed that she show triggered memories of her violent and traumatic past with her ex Tony Richardson.

The 39-year-old is one of 14 famous faces taking part in the Channel 4 programme this year.

并于次年二月订婚 and Tony split in 2007 after six years together.

During their relationship the Brookside actress had to witness some petrifying things, including fire-bombings and shootings, because Tony was involved in the world of crime.

But taking part in the fourth series of the show has helped her accept what has happened in her life.

Speaking about her past, Jennifer told 镜子: “It was a volatile relationship and he was connected with this other world, this gangland world. 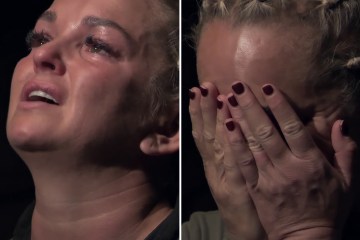 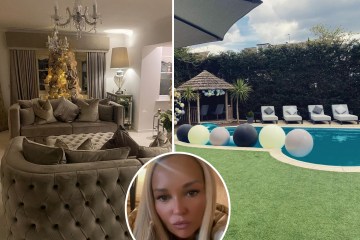 “For years and years I thought that life was normal and bad things like that happened to everyone because it happened in the world I was in.

“I was having nails in my letter box, going into hiding and fearing for your life walking down the street. That’s not normal.

“I look back and think how it was so traumatic. It was so horrific what I was going through. I was such a young girl, I was a baby.

“I feel like opening up in the mirror room about that has put that part of my life to bed.

I was on Bake Off & felt suicidal after being fat-shamed, says Laura Adlington

Jennifer got with Tony when she was just 16-years-old an got engaged after one year of dating.

Fans of SAS: Who Dares Wins will know that the show is both physically and mentally challenging – with contestants pushing themselves to the limit.

Jennifer broke down in a recent instalment when she revisited a terrifying time from her past.

The staff asked her why she lacked confidence in the interrogation room – and she recalled when she was axed from Hollywood flick Phantom of the Opera in 2003.

It came after her home in West Derby, 利物浦, was targeted by underworld figures.

After the former couple split in 2007, Tony was sent to prison for eight years in 2011 for a sword attack.

Jennifer tied the knot with her husband Rob Tickle in 2009.