Headhunting of both serving and former UK pilots has been “consistent and widespread” since the end of 2019, a Western official said.

The fighter pilots are being offered lucrative packages of £240,000 a year to train personnel in China’s People’s Liberation Army.

It’s understood some of those who have been recruited to work with the Chinese are in their 50s and left the military some time ago.

China’s leader Xi Jinping has vowed to step up troop training and new strategies to reach his bold target of becoming a world-class military. 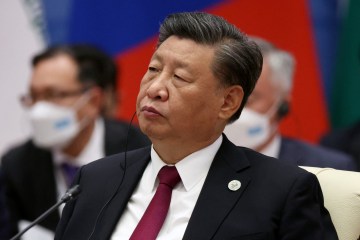 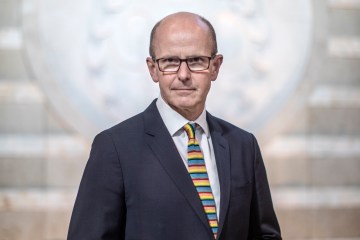 And where it’s impossible to catch up with the West, Xi has told his two million-strong armed forces to take steps to rise to the challenge.

It’s understood the Official Secrets Act has not been broken by the former British fighter pilots – but the UK government has now issued a threat alert over the rampant recruitment schemes.

The UK does not have the legal power to force the flying aces to return home to Britain – but the government is reaching out to those involved, انها مفهومة.

The Western official said: “We had been aware of individual cases of headhunting personnel since 2019 – but very small numbers.

“We dealt with those effectively on a case-by-case basis when they arose. We had the pandemic and things went quieter.

“But since the pandemic ended, and the lifting of restrictions here, that scale of recruitment has increased.

“The threat alert is particularly centred on fast jet pilots and other pilots – helicopter pilots.”

It’s understood the former servicemen are being approached by the Test Flying Academy of South Africa – which has no connection to the South African government.

“In terms of the deal on offer, it is a lucrative package being offered to people in this arena,” the official said.

“You can see it is attractive in terms of remuneration. Some people are in their 50s and left the military some time ago.

“Money is a strong motivator and some of these people have left defence for quite a while.

It’s understood the British government is liaising with its allies on the threat.

“This is a wider issue beyond the UK. This is not just RAF, this is military pilots… it’s a broader issue,” the Western official said.

“We have no reason to believe any of the individuals have broken the Official Secrets Act, but we want to take action to mitigate the risk in the future.”

A spokesperson for the Ministry of Defence said: “We are taking decisive steps to stop Chinese recruitment schemes attempting to headhunt serving and former UK Armed Forces pilots to train People’s Liberation Army personnel in the People’s Republic of China.”

They said the department is now reviewing the use of confidentiality contracts and non-disclosure agreements across the UK defence sector.

“The new National Security Bill will create additional tools to tackle contemporary security challenges – including this one,” the spokesperson added.

It comes days after it was revealed China will be declared an official “threat” in a new strategic review of Britain’s enemies.

Ex-PM Boris Johnson’s landmark 2021 Integrated Defence and Security Review classed China a “systemic competitor” – but stopped short of saying they were actively hostile to the UK.

But now Liz Truss is preparing to toughen that stance after announcing a review of the policy last month.

Top spook Sir Jeremy Fleming said: “China’s great strength combined with fear is driving them into actions that could represent a huge threat to us all.”

In a lecture at the Royal United Services Institute, he said China’s approach to tech dominance puts them against “the whole open, democratic order and the international rules-based system”.

“We have been campaigning for this,” هو قال.

“It is time we stopped messing around and recognised that China poses a threat to the way we live our lives, and it is time now to treat them in the same way we treat Russia.”