BBC viewers have all been saying the same thing as the final episode aired on Monday night.

Fans of the show have been glued to their screens since it aired, as the mystery thriller delves into the world of digital intelligence and surveillance.

The show has returned for another series, after season one proved to be a big hit, and fans are all saying it’s better than hit show Ausübung der Pflicht.

Taking to social media while tuning into the latest episode, eine Person sagte: “The Capture is up there with Line of Duty they need to make several more series! I’m hooked.”

Eine weitere Person hinzugefügt: “The capture is better than line of duty. I said what I said.”

While a third agreed, Schreiben: “The Capture definitely rivals Line of Duty.”

Other fans of the show took to Twitter to say how “hooked” they were after the finale aired.

Read More on The Capture 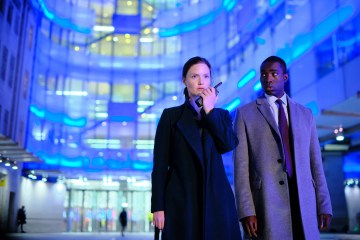 Meet the cast of BBC One’s The Capture season 2 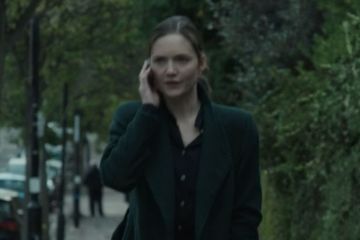 The Capture is about the life of detective Rachel Carey, as she works on a secret case that involves digital intelligence and deepfake technology.

Das series premiered back in September 2019, then in June the following year it was revealed that it had been commissioned for a second series.

The penultimate episode – named Imposter Syndrome – saw many praising the show for its twist and turns, but others took to the social media platform to highlight how confused they were.

Another confessed: “No idea what’s going on.”

Ein dritter läutete ein: “I think I may have to watch this again but loving it.”

After Monday evening’s finale, viewers praised the ending and called it “phenomenal,” while asking for a third series.

There has been no word from the BBC on the Capture returning for a third series just yet, but star of the show, Holliday Grainger, has hinted she’d be “really interested to know where Ben would take it.”

Sie sagte RadioTimes.com: “It goes on such a journey from the beginning, Carey and the plot. It goes on such a massive journey throughout season 2 that where we’re left, die Welt, I want to know what happens next.”