THE exact date Tory leadership hopefuls will go head-to-head in their first live debate has been revealed.

Nadhim Zahawi has become the first contender to agree to take part in the debate – expected to go ahead on July 18.

According to the Telegraph, Sky News intends to hold the first televised head-to-head.

It is expected to be a fiery debate as each of the 10 contenders face-off to become Britain’s next PM.

The event will be hosted by Sky News presenter Kay Burley and involve questions fielded from a virtual studio audience.

It’s likely to be the first of many debates and hustings around the country.

John Ryley, head of Sky News, said there has “never been a more important time to reinvigorate the trust of voters in the office of the prime minister”. 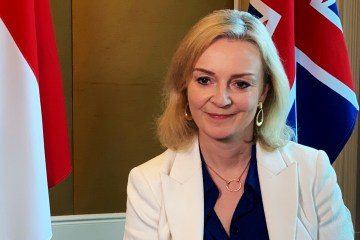 Candidates a chance to “re-engage a disillusioned electorate”, he added.

It’s expected that by next Monday – when the debate it said to go ahead – the long-list of candidates will be whittled down to a handful of front-runners.

It comes as Tory leadership candidates launched their bids to become Britain’s next PM.

Sajid Javid said he will cut fuel duty by 10p within days if he gets the top job while Penny Mordaunt vowed to halve VAT on petrol and diesel.

Backers of Liz Truss said that like Margaret Thatcher she wants to slash taxes to unleash growth.

With ten Tory big beasts preparing to enter the fray, every single one of them have or are expected to vow to cut taxes — apart from former Chancellor Rishi Sunak.

His replacement Nadhim Zahawi will fire the starting gun on his bid to get into No10 with a promise to cut tax for workers and firms.

But even before the Tory leadership contest officially started last tonight, it has already descended into mud-slinging and accusations of dirty tricks.

Two campaigns even reportedly passed allegedly compromising information to Labour in a bid to derail rivals.

Meanwhile Mr Javid unveiled his plan for a £2.5billion emergency cut to fuel duty after the price of filling up a tank topped £100.

He said: “I know the soaring cost of petrol and diesel has been painful for Sun readers. While the price has been driven by Putin’s war in Ukraine, it’s right we do more to help here at home.

“A 10p cut to fuel duty is one of the quickest ways I’ll help with the cost of living but I’ll also deliver long-term tax cuts to ensure people have more money in their pocket.”

He said he would cut income tax by 1p, spike the national insurance hike and slash corporation tax to 15 per cent.

Ms Mordaunt said she will cut VAT on fuel in half, from 20 per cent to just 10 per cent.

She told The Sun: “I am a small state, low tax Conservative.

“But I believe in using the levers of government to support jobs and livelihoods through different economic situations.

“We cannot afford to risk spiralling wages and prices that ultimately lead to lower standards of living and loss of jobs.”

She won the influential backing of Howard Cox, founder of FairFuelUK, who hailed her as a “staunch backer” of clobbered drivers.

Ms Truss’s biggest backer, Business Secretary Kwasi Kwarteng, told The Sun: “We have had a lot of tax rises and we can’t tax our way to prosperity.

“No country has ever done that. She is very much focused on wealth creation.”

Mr Kwarteng said that under Ms Truss Britain will enjoy a new era of tax cuts and business investment.

He added: “What we can’t do is simply load our economy with lots of different taxes.

“She doesn’t think people should be paying increasingly higher taxes to pay for higher spending.” 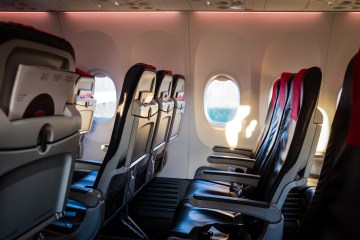 In a dig at Mr Sunak, he went on: “We can’t simply be accountants trying to balance the books the whole time. We have got to look to growth as well.

“That is what will create wealth and drive our economy.”