A MYSTERY surrounding how the Ancient Egyptians built the Great Pyramid of Giza 4,500 years ago may have finally been solved.

It turns out the long-lost civilisation ferried the huge stones used to construct the monument using an intricate series of canals.

The two-to-three-ton bricks were placed on boats and transported up the waterways, which were connected to the River Nile.

Archaeologists have long pondered how the Egyptians moved the granite blocks used to build the pyramids.

They are thought to have been shifted at least six miles from a quarry just south of Giza, near Cairo.

Without machinery to help, it’s previously been suggested that huge sledges were used to drag the blocks across the desert. 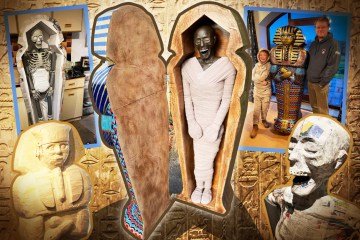 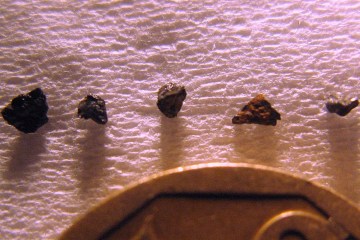 Ahora, scientists have found evidence that a long-lost channel of the Nile flowed close to where the Great Pyramid of Giza sits.

Called the Khufu branch, it was used to transport the 2.3million blocks to construct the structures before it dried up around 600 BC.

An intricate series of canals and basins dug into the channel allowed stones to be ferried to pyramids, temples and other structures.

Annual floods filled the waterways, forming a port complex at the foot of the Giza plateau, researchers wrote in their paper.

“The pyramids of Giza originally overlooked a now defunct arm of the Nile,” the team, led by Hader Sheisha of Aix-Marseille University in France, escribió.

“This fluvial channel, the Khufu branch, enabled navigation to the Pyramid Harbor complex.”

Archaeologists have long theorised that the blocks used to build Giza made most of their journey on the Nile.

sin embargo, the precise nature of the system of waterways used has long been a mystery.

To investigate, the researchers analysed rock layers surrounding the pyramids, as well as ancient pollen samples collected nearby.

This allowed them to see the timeline and flow of the Khufu branch to determine its levels were once high enough to reach Giza.

The port complex serviced the pyramids of Khufu, Khafre, and Menkaure, and lies 7 km (4.3 millas) west of the present-day.

The inlets had to be deep enough to keep barges laden with enormous stones afloat.

Without this arm of the river, it would have been impossible to build the pyramids thousands of years ago, researchers wrote.

Alrededor 600 BC, the Khufu branch dried up due to shifting environmental conditions, cutting off the waterways for good.

The Great Pyramid of Giza is the only wonder of the ancient world that still stands today.

It is the largest pyramid ever built, 482 feet high and 754 feet on each side.

Tomó 100,000 hombres 20 years to build and would have been a challenge to construct even with modern technology.

Mi hijo, 8, is too big for school uniform – shopping for adult kit is traumatising

Precisely how the Egyptians managed it has been a mystery for decades, as there is only one firsthand record of the construction.

The research was published in the journal PNAS.