FOR mum-of-four Adele Boom, Christmas is the most magical time of the year – but also the most dangerous.

Every December, the 49-year-old finds herself in hospital after suffering severe asthma attacks.

The former teacher couldn’t work out why she ended up in a ward every year from 2014 after ditching real Christmas trees she knew set off her condition.

But after a doctor’s visit two years ago, 阿黛尔, from Rugby, Warwickshire, says she’s found the answer – and jokes she is “allergic to Christmas“.

“I love this time of year,” she explains. “When I was little I used to have an asthma attack every year and my parents initially put it down to all the excitement of Santa coming.

“But when they realised it was our real tree, they never had a real one in the house again. 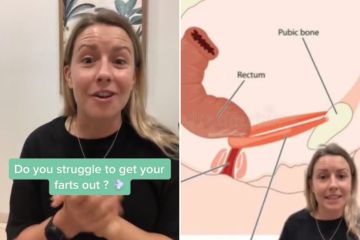 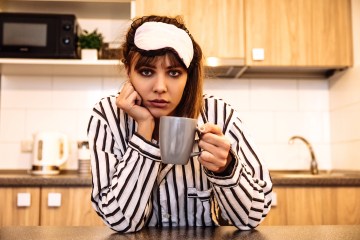 “I thought I’d be perfectly fine with a fake one but my asthma has got worse as I’ve got older and I ended up in hospital five years in a row over Christmas time.”

It took half a decade to realise that it was the dust from Adele’s artificial tree and decorations that was causing the problem.

Adele has now banned most decorations from her home and husband Malcolm has to shake out the tree and wash the baubles before they go up.

她说: “We’d owned our tree for a few years and the doctor said the build-up of dust from storing it in the attic could be the culprit, but dust also collects on Christmas trees while they are up, so the fewer days they are on display the better.”

“Now we have to wash each bauble before they go away and Malcolm shakes the tree outside before we put it up.”

Adele can’t even have a festive wreath in the house because she’s allergic to pine cones and she throws away tinsel after each use because it traps too much dust.

她说: “A friend bought me a lovely wreath but I couldn’t have it indoors because it had pine cones on it.

“I’ve got it on the door outside, but be careful not to touch it on my way in.

“We have very minimal decorations now and we throw away tinsel every year. The garland on the fireplace went as well.”

“Artificial trees can be a good alternative to a real one but if your asthma is triggered by dust, be careful when getting it out of storage,” 她说.

“If it’s gotten dusty try vacuuming it or wiping it down with a damp cloth.

“If you use airtight plastic bags or boxes when you pack the tree and decorations they are likely to get less dusty through the year.

“There are also other common Christmas asthma triggers, like colds and flu, cool weather and open fires. So the festive season can be a really challenging time for people with asthma.

“But having asthma doesn’t mean you have to cancel Christmas, or that you can’t enjoy it. You might just have to make a few adjustments.”