MULTIPLE people have been killed and almost a dozen wounded following a suspected suicide bombing in the Turkish city of Istanbul, with horror footage showing bodies strewn across the ground.

The street was thronged with shoppers when the explosion tore through the centre of the Turkish city.

A huge emergency response has been scrambled to the site of the blast on Istiklal Street near central Istanbul’s Taksim Square.

Istanbul’s governor confirmed that there are multiple deaths following the explosion in the Beyoglu area of the city at around 4.20pm local time (1.20 UK time).

At least 11 people have been injured, but it is feared casualty numbers will increase.

Pictures from the scene show bodies strewn across the street.

Russian conscript beaten to death with a sledgehammer after joining Ukraine 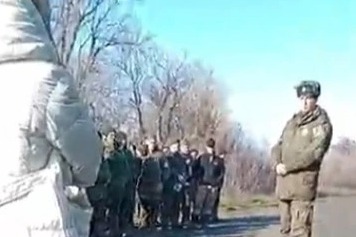 Turkish journalist Kerim Ulak said: “After the sound of the explosion on Beyoğlu Istiklal Street, intensity began to be experienced.

“There are various rumours about the number of injured. However, the opinion of the injured between 5 and 11 is dominant for now.

“Let’s state that the number may increase.”