IF you want to gauge just how far down the U-bend ITV has travelled this century, consider this contrast.

Entre 1963 e 1998, our main commercial network boasted an investigative journalism show called World In Action that corrected great injustices, like the Birmingham Six, and drew audiences of up to 23million.

Now it’s got Olivia Attwood: Getting Filthy Rich. A concept that will be familiar to you but a name that possibly isn’t.

So I should start by explaining Olivia’s the novelty pipe-cleaner from series three of Ilha do amor quem, through an ability to laugh at herself, has forged a fly-on-the-wall career at ITV2, with her footballer fiancé Bradley Dack, who sometimes plays for Blackburn Rovers.

How this qualified her to lead the channel’s investigations unit, I cannot explain, but she’s now fronting a four-part report into the pornografia industry which began, essa semana, with a look at the phenomenon of OnlyFans, an internet subscription service where dead-eyed young people very occasionally earn an absolute fortune by debasing themselves for the pleasure of social misfits.

It’s an idea that would turn the stomach of most decent people, obviamente.

Olivia was so tickled by the potential financial rewards, Apesar, she used the show to launch her own moderately racy OnlyFans account “To see if I could make money, without giving into requests to see my fruit and veg”. 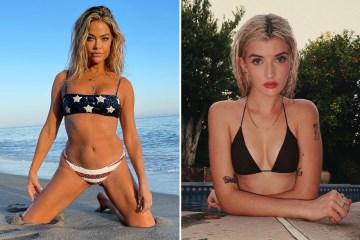 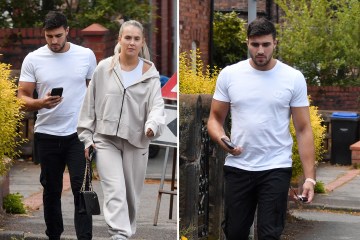 Que, by an amazing coincidence, was exactly the same challenge Gregg Wallace set himself when he joined Mestre cozinheiro.

Unless you’re prepared to go hardcore, porém, monetising your body wasn’t nearly as easy as Olivia thought it might be at the start of the show.

Days passed without any interest for her pictures, until the offer of $1,000 for a photo of her pants drawer had Olivia hurtling up to her bedroom, with a camera, and me wondering whether she’d accept another grand to shove some of the under-crackers in her gob, just to stop her talking.

It quickly transpired, Apesar, that negotiating with lonely perverts was a futile and tedious business. No one wins, least of all the viewers. Então, to pad out the hour, ITV2 dispatched Olivia to interview some of the forum’s “success stories”.

These included multi-millionaire Bonnie Locket who’ll write your name across her knockers for $30, bless her, and a gym-bunny called Mercedes who charges £500 for “Popeye content”, which involves guzzling spinach on camera.

A service, I’m convinced, you could get for free if you watched enough Delia Through The Decades repeats on the Food Channel. Olivia also seemed genuinely pleased with herself for discovering there’s one couple in Southend who’ll pee on each other for £600 (just one?).

But the grisliest interview by far was with fellow Love Island veteran Josh Ritchie, who appeared like the show’s Ghost of Christmas Future, half-way through the programme.

Since finishing third in the first series, he’s gone from Ex On The Beach para Just Tattoo Of Us to The Charlotte Crosby Show, and now earns some sort of living off OnlyFans where he: “Once got 12 bags for doing ‘the windmill’.”

That is to say, he was once paid £12,000 to swirl his sexo organ in a circular motion, qual é, let’s face it, probably what Npower would charge you for the electricity generated, if they’d wired Josh’s todger up to the national grid.

You could tell from Josh’s hollow laughter, this existence was a million miles from his original Love Island dreams. It’s not without any point or potential, porém.

Na verdade, before anyone enters that villa, ITV2 should show them Josh’s interview and explain: “Seven years from now, you too could be swirling your prong around in a Bolton sitting room.”

I doubt, claro, that it would have any more impact on them than the grim realities of OnlyFans had on money-mad Olivia, who eventually “sought wisdom from the least wise man I know”, Bradley Dack, by asking him: “Is it empowering?”

Lost in thought, Bradley stared into the middle distance and gave a Solomon-like pause before saying the only thing this wretched show ever needed to hear. “No.” 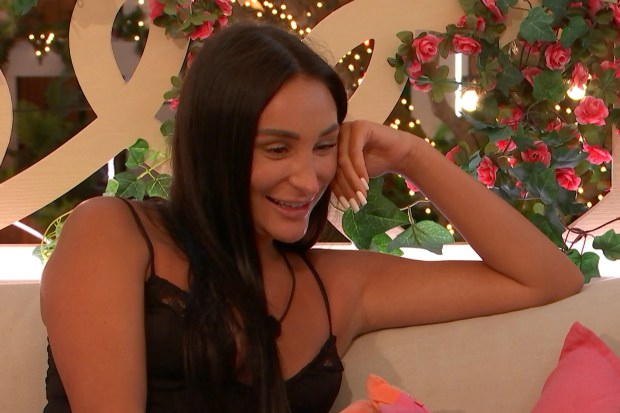 “When was your last ­relationship?”

“A year and a half ago. He went celibate, so we broke up.”

It’s in the region of Friendzone, very close to the resort of Unalluring.

Matt Lucas’s beautiful and fascinating episode of Who Do You Think You Are?.

And the magnificent Dame Joan Collins, effortlessly putting Channel 4 smug-bucket Joe Lycett in his place when he tried to patronise her on the ­network’s horrendous Sunday night Pride Party: “Do you know what a beard is?”

JOHN McENROE: “It was a double-handed, one-handed shot.”

Pat Cash: “In tennis, players get older.” Eniola Aluko: “There’s no excuse for that. It’s an excuse that it’s been a long season.” 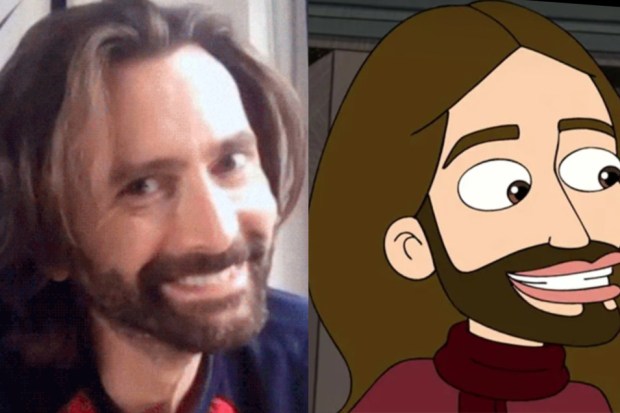 Unexpected morons in the bagging area

THE Chase, Bradley Walsh: “The BBC documentary Meet The Lords centres on what parliamentary chamber?”

Hitali: “The House of Commons.”

Tipping Point, Ben Shephard: “The women’s football team of which country is known as ‘The Matildas’?”

A caçada, Bradley Walsh: “Gumbo and jambalaya are dishes associated with what US state?”

FREEDOM: 50 Years Of Pride’s Olly Alexander describing himself as “being on the front-line of queer-caring”, like he was fighting in the Donbas instead of just gobbing off on Canal 4.

Fork-tongued Love Island contestants spinning all their selfish ar*ehole behaviour as “Being true to myself”.

E EastEnders hiring its first ever drag queen, which is not just rearranging the deckchairs on The Titanic. It’s ­sacking the ship’s band, half- way through Nearer My God To Thee, and booking Danny La Rue for the return voyage.

ANYONE genuinely looking forward to the Women’s 2022 futebol americano Euros, rather than pretending to – like so many eager-to-please male broadsheet journalists – may well have had the anticipation knocked out of them by BBC1’s Saturday night curtain-raiser.

This was a documentary called The Future Of Women’s Football, com Alex Scott, which was yet another one of those crushingly worthy projects where, as much as the host tries to convince viewers she “really loves the game”, you were never left in any doubt hidden forces at the Beeb love their sense of grievance and victimhood far, far more.

They probably thought it “sent a powerful message”, também. But it didn’t.

By indulging the worst of Twitter’s cesspool, all they actually did was cement the idea of inequality and ensure coverage of the women’s game takes place in an unbearably uptight and coercive atmosphere of forced jollity, bordering on absolute terror, where pundits are too frightened to have a controversial opinion, speak the truth or direct any criticism at the players, for fear of never working again and becoming a social pariah.

It also guaranteed that the programme didn’t build to a crescendo of Euro fever, but instead climaxed with Chelsea women’s manager Emma Hayes declarando: “I think it’s important we talk about the importance of a pelvic floor specialist and we have menstrual cycle experts.”