RAGING residents have blasted their “incubo” newbuild estate after developers left it unfinished with heaps of rubbish.

Parents fear their kids will be injured by “hazardous” debris and discarded bricks scattered along the street.

Residents have told of flooding in their street, which left behind thick, claggy mud and used sanitary products from the drains.

Catherine Kearney – who lives in a £400k estate with her husband William and their daughter, tre – ha detto al The Sun: “It’s a nightmare. There is no aftercare.

“The house and the finishing are great but it’s the whole experience that is upsetting. 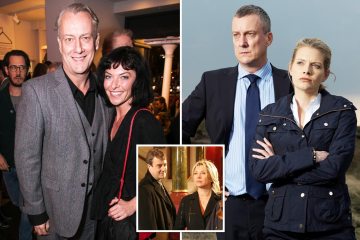 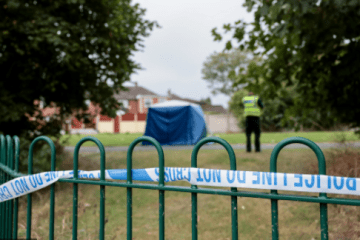 Uomo, 23, charged with abduction and sexual assault of 6-year-old girl

“You can see where the glass is in the street and it’s dangerous for the children.

“The road is also uneven so the kids fall over.

“The street flooded because the draining system is so bad, and it brought up used sanitary products and toilet paper, which is unhygienic and dangerous.

“We’ve complained to Avant Homes but they haven’t done anything so we’ve given up, which is what they want.”

Shocking pictures show piles of bricks and rubble discarded on the estate in a make shift dumping ground surrounded by metal railings.

Other images show metal objects sticking out from the debris and pavements that have been left incomplete, causing damage to cars.

Military worker William, 36, aggiunto: “We live on a building site without builders.

“It’s absolute madness, we’ve been here for five years now and the roads haven’t been finished yet.

“There’s been fencing at the end of our street for five years now and it says ‘danger electrical wires’.

“The kids scuff their knees on the debris in the street. It’s a hazard.

“I used to walk my dogs near the grass on the estate but I can’t do that anymore because it’s too dangerous.”

The couple live with their three children, all'improvviso, sei, Harriet, cinque, and Matthew, Due, and say they live in fear when it rains because of the flooding earlier this year.

Critical care nurse Victoria said: “We panic every time it rains because of the floods.

“It came up to our door and left mud and water behind. Our grass was completely ruined.

We always have to watch the kids when they play in the street because of the debris left behind. It isn’t safe for them.

“We then had to go back and forth between Northumbrian Water and Avant Homes because no one knew who had to sort it out.

“They came out and jet washed the fence but it was awful.

“The light at the top of the street didn’t work for a while and we complained because it wasn’t safe for the kids.

“We’ve had a few problems. You expect snags when you buy a new build but not this.”

Technician Ben said: “We always have to watch the kids when they play in the street because of the debris left behind.

“It isn’t safe for them.

“When the flooding happened there was so much rubbish left behind from the drains it was disgusting.”

Anthony Hamlyn, 39, aggiunto: “I’ve had two flat tires and my dad has had one because of how bad the roads are.

“There are so many problems, we pay a £100 maintenance fee and I don’t know what it’s for.

“Some of the drains are blocked, which causes a smell.

“They had to paint yellow ‘no parking’ lines because their builders took up all of the roads and someone was nearly hit.

“We’ve complained so many times but nothing is ever done.

“The estate is nice and we like our house but they need to finish it off.”

An Avant Homes spokesperson said: “We are aware of some remaining refuse at our Millbrook development in Nunthorpe.

“We would like to assure residents that waste collection services have been arranged and we expect the areas in question to be cleared by the middle of next week.”

Homeowners who believe their new built home has faults can apply for a payout under a new watchdog. 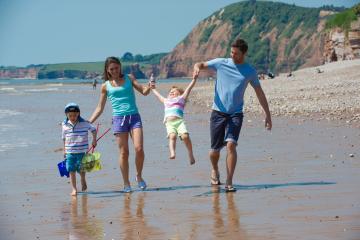 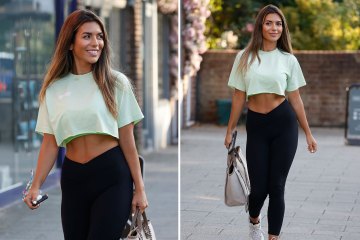 The New Homes Quality Board (NHQB) has been launched to set out new rules that developers must abide by.

The New Homes Ombudsman Service (NHOS) will also provide free advice from the watchdog when raising a dispute.