Aqui, The Sun takes a look at five classic Christmas movies and the blatantly obvious dirty jokes buried in the squeaky clean worlds. 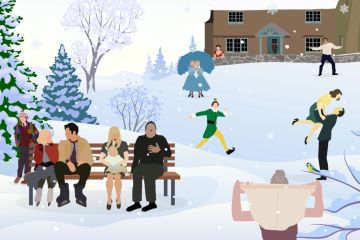 Mas, even and perhaps especially if you’ve been watching it since you were a kid, there are bound to be some things you ever noticed.

When Scott Calvin – Retratado por Tim Allen – begins his transformation into Santa Claus, he learns that getting into a chimney involves a bit of flying.

But there’s a naughty reason for that: “It’s OK, I lived through the sixties,mas confessa que nem todos os familiares conhecem o programa.

Coincidentally, Tim used to love drugs in real life, também, which gives this a nice added layer of accidental meta-hilarity.