THE Traitors viewers have branded one of the finalists ‘fake’ after a telltale moment in the closing minutes of the final.

مراوح gripping BBC show felt Traitor Wilf was being false when he burst into tears and said he was “سعيد جدا” for the faithfuls – even though they banished him and he left with nothing.

Wilf was exposed after the last-standing Faithfuls smelt a rat after Traitor Kieran have them a “parting gift” by voting for Wilf before he was banished.

This made Hannah, Aaron and Meryl suspicious and ultimately led to Wilf being rumbled at the last minute.

While he put up a good fight, after he knew he has been banished, Wilf confessed to being a Traitor and revealed he has found it “really hard” while fighting back tears.

But while he told his stunned fellow players and friends that he was over the moon for them, many viewers didn’t buy it. 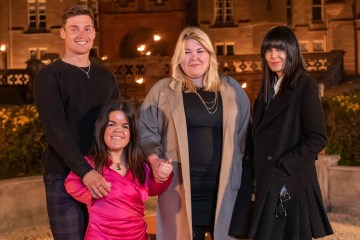 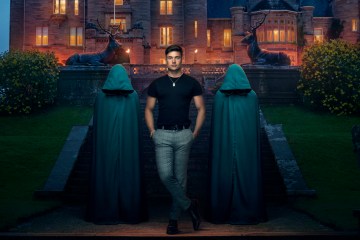 “Wilf put on a great fake response to losing!” one tweeted.

A second chipped in: “SCREW WILF THAT WAS SO FAKE LMAOOO IM SO HAPPY THE FAITHFULS WON.”

وأضاف آخر: “OMG these dumbass players. Even after he literally almost stole all the money from you, he’s still fooling you with his fake emotions. Well done, في كيرا!! You did everything correctly. Certainly not a p***k in my eyes, that’s Wilf.”

فى النهايه, the Faithfuls eliminated all Traitors, meaning they got to split the prize money between the three of them.

هانا, Aaron and Meryl left the Scottish Highlands with a third of the prize fund, bagging £33,000 each.

The show has become a word-of-mouth hit over the last month, with many praising it “the best show on TV”.

Another said it was “the greatest show the BBC has done in years.”