A veteran firefighter has been killed just days before his birthday after a tree fell onto his car during a Father’s Day trip.

Casey Skudin, 45, died at the Biltmore Estate in Asheville, North Carolina after the tree fell on his SUV during a windstorm on Friday.

He was travelling on a Father’s Day getaway with wife Angela and their children, ベン, 19, and CJ, 10, who were all in the vehicle with him.

“During a weather event involving high winds, a tree fell across a road on the estate entrance and struck a guest vehicle,” Biltmore spokesperson Marissa Jamison told the Asheville Citizen Times.

“Three adults and one child were in the car and were transported to Mission Hospital,” according to the spokesperson.

Wife Angela told ニューズデイ that they were driving up the estate’s driveway when a 2,000-pound tree limb fell and crushed their vehicle, killing Casey instantly. 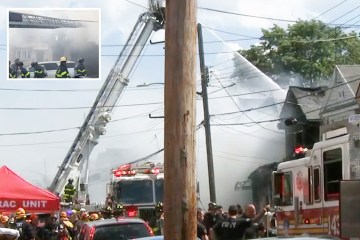 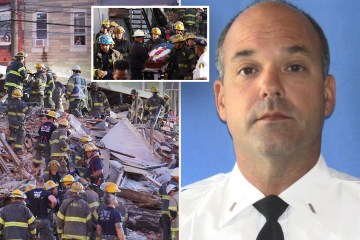 Angela said to Newsday that Ben suffered a black eye while CJ remained hospitalized Saturday night due to a partially collapsed lung and compound fractures in his spine and sternum.

The family was on a trip to North Carolina to celebrate Father’s Day and Casey’s birthday. He would have been 46 years old this week.

Casey of Rockaway’s Ladder 137/ エンジン 268 was a highly decorated veteran FDNY firefighter in the Rockaways in New York.

He lived in Long Beach, ロングアイランド, and had served for 16 years in the department.

“He was a multiple FDNY Medal recipient for his work in water rescues and helping Rockaway neighbors out during Hurricane Sandy,” according to the Rockaway Times.

Angela wrote in an Instagram post, “It is with great sadness that I announced the passing of my Rock, my partner of 20 年。”

彼女は続けた, “Our family will be healing for eternity.”

声明の中で, the Biltmore said, “This is a devastating tragedy and we are deeply saddened by this news,」

“Our heartfelt thoughts are with the family and their loved ones, and we are offering assistance at this time.”