Max – who plays hardman Ben Mitchell on the BBC One soap – posed alongside Jamie, who portrays Jay Brown.

The lads looked in good spirits as they enjoyed a rare night out together.

Smiling alongside their co-stars, Dean and Michael looked like they hadn’t aged a day since their time on Albert Square. 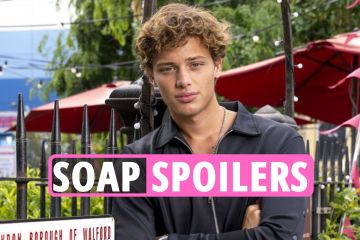 BACK ON THE BLOCK 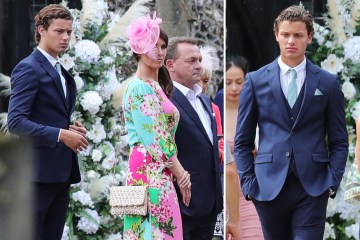 The Walford reunion snaps comes after another famous face is set to join the cast.

His character, the son of Little Mo Slater (Kacey Ainsworth), was last seen on screen in 2006.

BACK ON THE BLOCK

NOT FALLING FOR IT

Emmerdale fans call out blunder after Amelia’s accident with Thomas

And following the announcement, Bobby said: “I’m really excited to be joining the cast of EastEnders – so far it’s been perfect.

“Everybody has been so beautiful to me and made settling in easier than I could’ve hoped.

“Stepping into the acting world has always been a vision of mine and doing that with EastEnders as a Slater is a blessing, I’m very grateful.

“Loving every minute of Freddie so far and can’t wait to see what’s in store for him in Walford.”