A DAD was killed in front of his kids with just two punches after being attacked by a professional MMA fighter, a court has heard.

Philip Mersh, 43, was trick or treating with his two young twin boys on Halloween last year when he was brutally assaulted by Daniel Ballard, 31.

Philip suffered serious facial and head injuries in the savage assault while he was out celebrating with his family on October 31, and tragically died in hospital two days later.

The tragic attack happened while the dad was out for Halloween with his fiancée and two young sons.

The family was joined by their friend, David Hume, alongside his young daughter, when the group entered the Mariner’s pub in Leigh-on-Sea shortly before the incident.

The assault was triggered when Mr Hume made a remark or gesture towards Ballard’s girlfriend as they left the pub, in which the MMA fighter “took offence”.

This lead to a confrontation between the group where a “melee” occurred, which was recorded on mobile phones and CCTV footage.

Video footage was then shown to the court, which showed Ballard inflicting a punch to Mr Mersh’s fiance before throwing two punches to Mr Mersh’s face, who was standing with his hands up.

Ballard, of Lincoln Close, Southend, was initially charged with causing grievous bodily harm with intent, along with actual bodily harm and common assault.

However, after the death of Mr Mersh his charges were upgraded to manslaughter.

Ballard was sentenced today at Basildon Crown Court after he admitted Mr Mersh’s manslaughter in May this year. 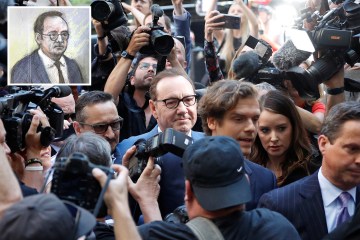 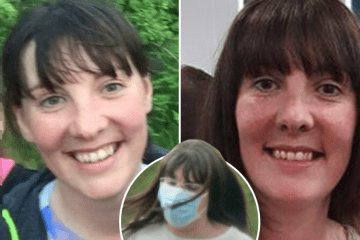 The prosecution said that the punches were a “full force punch” and that it was a “mismatch”, as Ballard was “much bigger and taller than Mr Mersh”.

The mismatch was made worse by the fact that Ballard was a “professional fighter” having competed in MMA fights in the past.

The prosecution added: “The defendant’s use of force was disproportionate, offensive and unlawful.

“Mr Mersh stood with his hands up to pacify the defendant, asking him to stop and calm down.

“It’s clear at that stage Mr Mersh was offering no threat and there was nothing to prevent the defendant from walking away”.

Philip was subsequently rushed to the Royal London Hospital, where he was pronounced brain dead. A post-mortem stated that his cause of death as a result of complications of head injuries.

I feel utterly empty that he is no longer here. There is not a day where I don’t leave the house and am reminded of what happened.

Ballard however, stayed at the scene where witnesses described him as looking ‘upset’, before he was arrested and taken into custody.

The MMA fighter was fully cooperative with the investigations, but alleged that he was acting in self-defence.

He also received injuries, including a broken nose and fractured eye socket.

The court heard that Ballard had 12 previous convictions for 27 offences which involved violence, starting from 2009 and finishing in 2021.

One of his previous convictions, of which he breached a suspended prison sentence during the altercation with Mr Merch, involved domestic violence towards a partner.

Despite his numerous previous convictions, the court heard that Ballard had shown “significant and genuine remorse” for the killing of Mr Merch, and did not run away from the scene.

He was seen to be “upset and crying”. There was also a “clear lack of premeditation” and the incident was “not a prolonged attack”.

His Honour Judge Graham said to Ballard while sentencing: “Daniel Ballard, you’re 31 years of age and pleaded guilty on an earlier occasion to the offence of manslaughter.

“The victim, Philip Mersh was 42 years of age at the time. He was a son, a brother and a father.

“There was not just one, but two blows and at the time, Mr Mersh was not being aggressive and offered no threat to you at all.”

“You took another man’s life on Halloween of last year there were significant aggravating features to your case but I can give you credit for your guilty plea and evidence of remorse.

“This all happened tragically so close to Mr Mersh’s home.”

Ballard was jailed for a total of eight years, with the breach of the 12-month suspended sentence for the incident with his former partner to run concurrently alongside the eight years of manslaughter.

Philip’s partner Sarah Wilson told the court: “Nothing is the same in our lives anymore. I no longer have my fiancé who I spent 20 years with and my children don’t have their dad.

“There is a void that can not be filled without Phil. Both boys have lost their confidence whenever we socialise with friends its clear to me they do not want to go home without their daddy.

“Phil and I were together for 20 years he was my best friend, my soul mate, my everything.

“When I think of the man that killed Phil, I can see the vision of the incident in my head.

“He was so aggressive that night that nothing any of us could do would stop him from doing what he did. I have such hatred for him for taking Phil away from us.”

Another victim impact statement from other members of Phil’s family, including his mother, said: “Phil was the light of our life that will never be extinguished.

“Both my husband and I are overwhelmed by grief and trying to think of family events is so hard.

“The thought of the twins having to navigate the world is distressing we have been robbed beyond words of his strength, words and loyalty. It will never be the same.”