OUR Yorkshire Farm’s Amanda and Clive Owen held a united front as they celebrate their daughter’s big day.

The pair stood proudly together for a picture with their daughter Raven as she graduated from university.

She achieved an impressive final mark of 72.67 per cento.

Amanda, 48, and Clive, 67, reunited for a picture together since their split earlier this year.

“What an incredible achievement. So proud to see her graduate at the glorious @york_minster_official@yorkstjohn No amount of rain could dampen our spirits.”

The proud mum looked as stylish as ever as she wore a white blouse with a long black coat and belt – as she wore black heeled boots to complete the look. 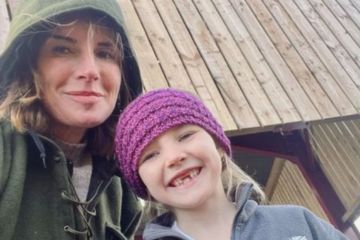 Dad Clive looked smart as he wore a light blue shirt with a navy suit jacket along with blue jeans.

Amanda, who has eight other children, recently opened up about her split from Clive to ITV’s Lorraine.

The farmer told presenter Christine Lampard: “It is really tough and it is a really difficult aspect of it to get across.

“But when you do reality [tv] it has to be just that. That means it covers the ups and downs and that can be on any level.”