Eagle-eyed viewers claim there was something fishy about the padlocks on Andrew Basso’s water torture cell.

It must have brought back horrible memories for the show boss, who threatened to cancel it in 2020 after another escapologist nearly drowned.

Eventually Andrew sprung himself from the tank to rapturous applause in the studio, but not everyone watching at home was as convinced.

One wrote on Twitter: “But the padlocks were not opened!!! #BGT“ 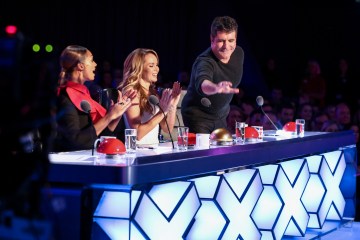 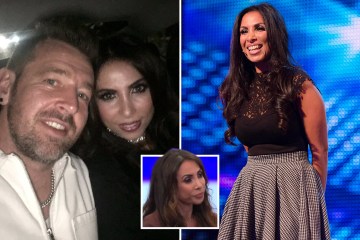 Another posted: “god how gullable can people get?? he was faking struggling for the wow factor.”

A third asked: “Can somebody tell me why he got the first handcuff off then spent another few seconds to open the other hand when both hands were free.”

Andrew explained to the judges that legendary escapologist Harry Houdini had described the act, which represented the “peak of his creation”, as the “most dangerous and difficult”.

He had to escape a box full of water and unpick a lock while handcuffed upside down.

Andrew told them: “I will escape in two minutes.

“Any longer, and I may not come out alive. I’m risking my life.”

The dramatic music started as soon as the clock started ticking, but the audience started to worry when it stopped at 2:36.

Andrew frantically tried to put the key into the lock to escape.

A worried Alesha asked: “Is this part of the act?”

The audience went quiet as Andrew looked around with a stressed look on his face.

Then at 3:03 he managed to push throw and escape the box.

Amanda, Simon, David and Alesha, as well as the audience, gave him a standing ovation.

And some viewers at home were amazed too.

One wrote: “Oh my god I was freaking out with Andrew !!!”

A second said: “Why are we being traumatised with this escape act?? #BGT.”

A third added: “Escape artists gives me bad anxiety omg I got a cushion over my face.”