DRIVERS are being hit with a “petrol premium” with some of the highest fuel duty rates across Europe, campaigners say.

Cutting the levy to the EU average for petrol and diesel permanently would create £18 billion of additional growth to the economy, campaigners say.

Ministers are being called on to extend the temporary 5p cut introduced by Rishi Sunak due to expire in March until after the cost of living crisis has passed.

The UK has the eighth highest petrol duty and the joint highest diesel duty in Europe at 53p a litre, analysis shows.

John O’Connell, chief executive of the TaxPayers’ Alliance, said: “Brits are paying a petrol premium, with huge duties and higher prices at the pump than places like Germany and Sweden. 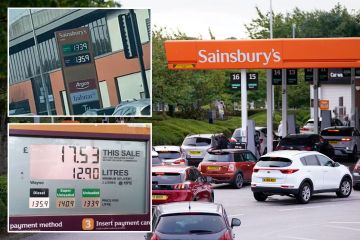 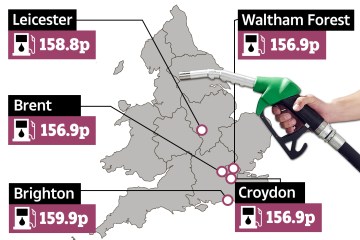 “The temporary 5p cut does little to level the playing field, but slashing fuel duty down to European levels could boost the British economy.

The price of a litre of unleaded hit over £2 earlier this year after wholesale prices jumped due to the war in Ukraine.

Russia slashing its crude oil exports has meant there’s a lack of supply coming into the continent and wholesale prices have been driven up.