LALIGA player Santi Mina is facing the sack after being handed a four-year prison sentence for sexual abuse and suspended by his club.

On Wednesday, the Celta Vigo star learned he had been cleared of rape but found guilty of sexually abusing a woman in a caravan in June 2017 following a trial that started at the end of March.

The 26-year-old was sentenced to four years in jail, although he is expected to appeal and will remain a free man until his appeal is decided.

Celta Vigo responded after Mina received the news in a written ruling issued by the trial court in the south-east Spanish city of Almeria by announcing it was suspending the striker and launching disciplinary proceedings.

Their statement read: “Following today’s court ruling, RC Celta has decided to open disciplinary proceedings against the player Santiago Mina to clarify his work responsibilities as a result of this resolution.

“For this reason and as a precautionary measure, it has been decided that the player should be provisionally suspended from first-team training.” 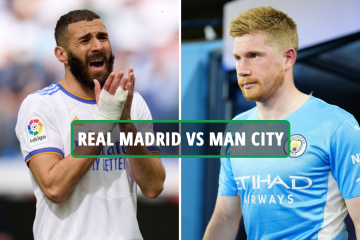 It added in its statement: “RC Celta respects the player’s right to defend himself.

“But it is obliged to take these measures in the face of events that gravely undermine the club’s image and infringe its values and wishes to show once again its absolute rejection of the crime outlined in the court ruling.”

Santi Mina went on trial on March 28 at Almeria’s Provincial Court along with friend David Goldar, who plays for second division Spanish side Union Deportiva Ibiza.

Mina was accused of sexually assaulting a woman in a caravan outside a nightclub in the holiday resort of Mojacar near Almeria.

State prosecutors demanded an eight-year prison sentence on conviction at the beginning of his trial and private prosecutors acting for his victim said they wanted him jailed for nine and a half years if judges ended up convicting him as charged.

As well as being found guilty of a lesser charge of sexual abuse, Mina has also been ordered to pay his victim £42,000 and handed a restraining order preventing him from going within 500 metres of her for the next 12 years.

David Goldar, who was only accused of a sex crime by private prosecutors and not state lawyers, has been cleared of any wrongdoing.

Mina and Goldar protested their innocence at the start of their trial, saying the sex they had was “consensual.”

Prosecutors claimed in a pre-trial indictment the LaLiga player entered the caravan Goldar and the woman was already inside “completely naked and with a lustful desire to satisfy his sexual appetite.”

Santi Mina, the son of a Celta Vigo footballer, made his professional debut with the club in 2013 before signing for Valencia in July 4 2015.

He rejoined his old side in the summer of 2019.

In Spain first-time offenders only escape prison if the jail sentence they receive is two years or less.

It is normal for entry into prison to be delayed until the final appeal against conviction and sentence has been exhausted except for all but the most dangerous offenders.

On Wednesday, Spanish papers were speculating Santi Mina, full name Santiago Mina Lorenzo, could have his contract terminated if he lost his appeal.