A SECOND man has been arrested after nine-year-old Olivia Pratt-Korbel was shot dead in her home.

The 33-year-old was arrested by armed police on suspicion of murder and two counts of attempted murder this afternoon.

Officers are questioning the man, of Dovecot, Liverpool, who was arrested just half-a-mile from where innocent Olivia was killed.

Another suspect, 36, is also being questioned after he was arrested in a dramatic raid on Thursday.

Estudante Olivia was caught in the crossfire of an alleged “tit-for-tat” gang war na segunda-feira.

Hoje police released aerial footage of the moment the 36-year-old suspect, of the Huyton area, foi preso by armed police in Merseyside

Read more on the shooting 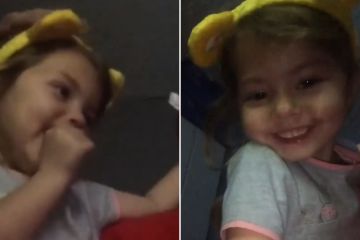 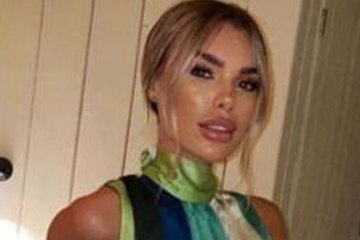 They also released a picture of an Audi Q3, which is thought to have taken the intended target to hospital.

The suspect is being quizzed on suspicion of murder and two attempted murders relating to Olivia’s mum and the intended target, Joseph Nee.

Police were seen outside the block of flats in Huyton today after the dramatic raid.

Merseyside Police has appealed to anyone who saw the black Audi Q3 in the days leading up to the shooting to get in touch.

The vehicle has been seized and it is in the process of being forensically examined.

Detective Superintendent Mark Baker said: “Although we have made an arrest in connection with the horrific murder of Olivia, I want to make it completely clear that we need any information about this vehicle or the wider investigation as much as ever.

“Whatever information you have, and whether you are sure that it is the same vehicle or not, pass it on and we will assess its importance.”

The latest development comes after Olivia’s family begged people to “do the right thing” and help find the killer “who took our baby away from us”.

Police had also warned the suspect: “We will not rest until we find you and we will find you.”

Officers also revealed they had identified the second intended target of the fatal shooting.

He had been walking near Olivia’s home with Joseph Nee, 35, when the gunman opened fire.

Nee then burst into the terraced home followed by the shooter, who sprayed bullets with “complete disregard”.

Officers confirmed he had been detained in hospital for breaching his licence conditions.

Nee will be recalled to prison after recently being released automatically halfway through a 45-month sentence for burglary.

The 35-year-old, who lives close to Olivia’s home, was part of a gang who led cops on a 125mph chase through Cheshire and Merseyside.

He admitted two counts of burglary, two counts of theft of a motor vehicle, dangerous driving, driving without insurance and driving whilst disqualified.

The Sun revealed how Nee, who was shot twice in Monday night’s horror, was refusing to speak to cops investigating Olivia’s murder.

The bloodbath unfolded when he rushed into Olivia’s home to escape a gunman who shot at him and a second male on the street.

Tragicamente, Olivia was declared dead shortly after, while her mum was treated for a gunshot wound to the wrist.

‘DO THE RIGHT THING’

The youngster’s heartbroken family paid tribute to the “unique, chatty, nosey little girl who broke the mould when she was born”.

Eles disseram em um comunicado: “We as a family are heartbroken and have lost a huge part of our life.

“If anyone knows anything, now is the time to speak up. It is not about being a ‘snitch’ or a ‘grass’, it is about finding out who took our baby away from us.

“Please do the right thing.”

The family also said Olivia “loved life and all it had to offer”.

Eles adicionaram: “Liv loved dressing up and was very particular on how she was dressed, like any other little girl she loved doing her make-up and nails, she was nine going on 19.

“Liv was adored by everyone who knew her and would instantly make friends with anyone and everyone.

“She was often seen going up and down the street on her new bike she had just got for her birthday.

“Although her life was short, her personality certainly wasn’t and she lived it to the most she could, and would blow people away with her wit and kindness.”

The tragedy is the third fatal shooting in Liverpool in less than a week after a council worker was killed 48 horas atrás.

Ashley Dale, 28, was shot dead just two miles away in her back garden in Old Swan in a case of mistaken identity.

Police also confirmed a man and woman had been arrested over her death.

In a separate bloodbath, Sam Rimmer, 22, was shot dead on Wednesday in Toxteth with three people arrested.

A woman in her 50s was also stabbed to death outside a pub in Kirkby last night.