ALISON Hammond certainly had viewers of her new show entertained as she had them in fits of laughter at one particular question.

Le présentateur de télévision was on a mission to see how the other half live in her brand new series which took her to the picturesque French Riveria.

Dans le spectacle, In At The Rich End, Alison was exploring the glamorous lives of billionaires and discovering just how they choose to live their lives.

As part of her trip, les Ce matin star met up for lunch with billionaire film producer Lady Monika Barcardi.

As well as her work in the film producing industry, she is also the heiress to the Barcardi drinks fortune making her worth a sizzling $5.5 milliard.

Lady Monika is one of Monaco’s 200 billionaires and enjoys a life of luxury but despite that Alison was keen to ask the truly important questions. 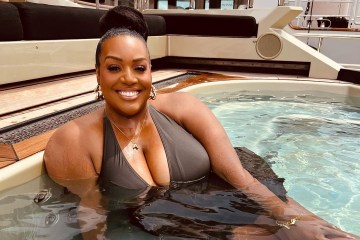 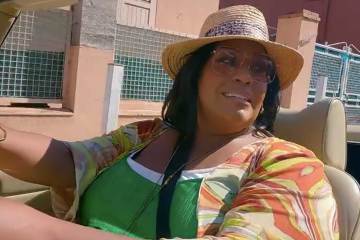 ‘SLIDE INTO MY DMS’

Alison started by asking the star: “Monika, if I said tomorrow, when you wake up, all your wealth is gonna be gone, how do you think you’d cope, would you be ok?”

Without further ado, Alison was onto her next question: “Have you ever been in like, a B&M or a Poundland?”

In a moment that shocked nobody, Monika confirmed she had never heard of such a place and as such Alison did her best to explain about the British high street staples.

Alison remarked: “C'est comme, a really cheap shop, where you can get vases like this, candles…”

Whilst Monika had not been to the aforementioned stores she did admit to having shopped cheaply and confirmed she enjoys a discount store, en disant: “I even go now.”

Fans were in hysterics at the question and took to Twitter in their droves to share their thoughts.

On a écrit: “This is why I love @AlisonHammond asking a woman worth £5.5bn if she’s ever been to B&M or Poundland.”

Whilst a third mused: “@AlisonHammond has to be the funniest person on tv.”

During the show, Alison also outrageously flirted with a multi-millionaire racing driver.