“I said, ‘Are you never going to wear skirts like that?’. She said, ‘Absolutely not’. We’ll see.” 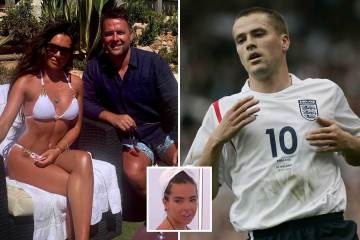 She said: “You want to offer your support and do what you can to help them.

Yesterday, she and David, also parents to Brooklyn, 23, Romeo, 19 and Cruz, 19, celebrated their 23rd wedding anniversary.