Die X Factor ster, 33, en haar kêrel, West Ham’s Darren Randolph, shared their amazing news today, alongside a picture of their child’s feet but they’ve not since revealed the name of gender of their tot.

Opening up to the Loose Women stars on her decision not to share this information about her newborn, who Alexandra calls her “little grape” as a sweet nickname, she was asked by Ruth Langsford: “You haven’t revealed the name or gender, so why is that?”

Alexandra antwoord: “Well I’ve never really spoken about this but obviously I come from X Factor which is a public show. 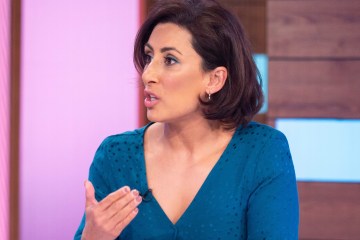 She told Hello! Tydskrif: “We are still deciding on a name, but we’ve got a few floating around. Ever since I fell pregnant, we’ve affectionately called the baby ‘Grape’. I think some people may have thought that was their name!”