THE odds of an apocalyptic nuclear world war are now as low as six to one amid escalating tensions with Russia, a top scientist has warned.

As mad tyrant Putin‘s doomed invasion of Ukraine continues to stall, a Swedish scientist has claimed the chances that he decides to push the nuclear button are now the same as losing a game of Russian roulette.

Vlad announced his “special military operation” in Ukraine on February 24, confidently predicting his army would blitz through the country to reach the capital Kyiv in just three days.

But Ukraine’s resolve has held out and now, almost eight months on, President Volodymyr Zelensky remains in power.

Because of this, experts warn, the Kremlin is likely to throw ever more caution to the winds as hopes of regime change in Kyiv fade.

The use of tactical nuclear weapons (TNWs) in the war will not achieve Putin’s goals but may be a final throw of the dice from the crazed dictator. 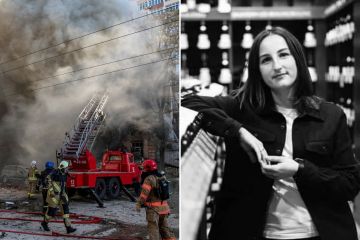 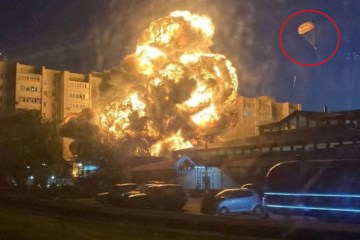 According to Russian military doctrine, the annexation of Donetsk, Luhansk, Kherson, and Zaporizhzhia by Russia paves the way for Putin to use TNWs.

Under the Kremlin’s self-appointed laws, it can use a nuclear bomb to strike anywhere considered its own territory.

Now, Swedish scientist Max Tegmark, who heads up the Future of Life Institute has set out what he considers the odds of an all-out nuclear war.

In alarming findings, he claims the probability of nuclear war between Russia and the US is roughly one in six or just under 17 percent.

His calculations are all based on the probabilities of the occurrence of certain events.

The research claims that Russia’s victory would result in a so-called “Kosovo” situation, whereby the breakaway “pro-Russian” regions of Ukraine would remain independent of Kyiv.

This result, referring to Kosovo’s “breaking away” from Serbia, would be unacceptable to Ukraine.

On the other hand, an all-out Ukraine victory would lead to a so-called “Vietnam” scenario, similar to the Viet Cong’s routing of the Americans in the 1960s, and would be a humiliation for Moscow.

Because of this, Tegmark asserts, it is more likely that neither side gives in and the conflict is escalated, through terror attacks, mobilisation, and nuclear blackmail.

But because Russia cannot compete with the US and Europe in the long run, it would resort to a “qualitative escalation”, as shown in the mass missile strikes of October 10.

The most extreme outcome of such an escalation would be the use of nuclear weapons.

Tegmark claims that Russia’s annexing of Ukrainian territories and trying to start negotiations are a way of trying to grab any form of “victory” in the conflict.

He said Putin will likely turn to his arsenal of more than 6,000 nukes before surrendering completely because any sign of weakness would see his regime toppled.

“I find it extremely unlikely (less than 10%) that Putin will accept the ‘Vietnam’ scenario without first using nuclear weapons because that would almost certainly lead to his overthrow, imprisonment, or assassination,” he wrote.

“On the other hand, I also consider it extremely unlikely (less than 10%) that the West will accept the ‘Kosovo’ scenario.”

This leaves far more likely odds that the war will either reach a form of stalemate, or Russia will nuke Ukraine.

Tegmark lists the three “de-escalation” scenarios as “Lasting peace”, such as that between Finland and Russia; “Frozen war”, as seen between North and South Korea following the end of the Korean War; and “Smouldering war”, such as the ongoing instability in Libya.

Given the West’s unwillingness to compromise with Putin, and the Kremlin’s low chance of accepting a “Vietnam” scenario, Tegmark warns that the probability of Russia using nuclear weapons in Ukraine is now as high as 30 percent.

If Russia nukes Ukraine, Tegmark believes that there is an 80 percent chance of a strong, but crucially non-nuclear NATO response.

This could include sinking the Russian Black Sea Fleet.

“It’s hard to imagine that Russia wouldn’t consider this (NATO strikes at the Russian territory) as a declaration of war,” he went on.

“The most likely scenario (70%) I see after this is Russian attempted retaliatory strikes followed by rapid escalation on both sides.

“This figure is based on the world’s long history of dealing with nuclear weapons – both the United States and Russia are far less competent at de-escalation than at escalation.”

Tegmark claims, therefore, that such a scenario could lead to an all-out nuclear armageddon.

Otherwise, there is a 30 percent chance that both sides would be forced to return to intermediate solutions such as the “Kosovo/Vietnam” scenarios.

It comes as experts warn a world-ending nuclear war with Putin could wipe out five billion people and block out the sun for years to come, triggering apocalyptic crop failures.

Defence analysts have claimed the UK is “woefully unprepared” for nuclear war, with calls for iodine tablets to be distributed to families and the formation of a national defence corps.

Meanwhile, these are the chilling signs Putin could be gearing up for a nuclear strike on Ukraine.

And believers have claimed that sixteenth-century French mystic Nostradamus predicted a devastating World War 3 would take place in 2023.