THREE bodies have tragically been found in Glacier National Park just this week.

A group of campers heard cries for help after a Florida man fell to his death while hiking with friends in Montana.

On Monday morning, a 79-year-old man was attempting to ascend a steep off-trail slope with a group of friends when he fell.

The incident occurred several hundred feet above the Two Medicine Campground on Rising Wolf Mountain, the National Park Service said in a statement.

The man’s friends descended to his location where they yelled for help and called 911.

Glacier County then diverted the call to Glacier National Park staff who heard nearby campers shouting for help. 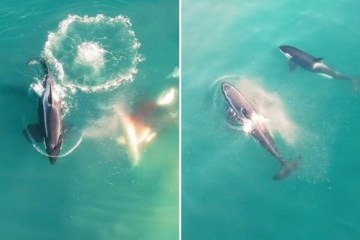 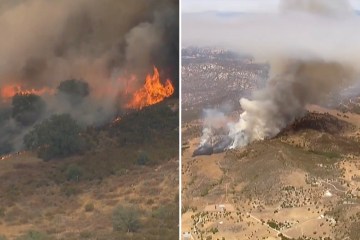 Two Bear Air diverted from a separate incident to transport the unconscious Florida man to Two Medicine Ranger Station where ALERT was standing by for patient care.

The man was declared dead by ALERT personnel.

On the same day as this tragedy, NPS staff released the identities of two bodies that were found in the Montana park.

Brian McKenzie Kennedy, 67, and Jack Dewayne Beard, also 67, were killed in a climbing accident on Dusty Star Mountain this week.

Mystery call leads dad to body of son, 18, found in a pool of blood after party

Kennedy and Beard initiated the trip on July 21 with the plan to hike out July 22.

They were reported missing on July 24 and officials found their vehicle still at the trailhead.

Kennedy and Beard were considered expert climbers and have been summitting mountain peaks in Glacier for decades, according to park staff who knew the men personally.

Park officials began an air search in the Dusty Star Mountain area on the east side route of approach the day they were reported missing.

Minuteman Aviation took over the air search and located the bodies on the morning of July 25.

“As long-time members, both men contributed greatly to the Glacier Mountaineering Society and were well-known in the Flathead Valley community,” the National Park Service wrote.

“Park staff would like to express their deepest condolences to the family.”