LOVE Island winner Ekin-Su Cülcüloğlu has taken to social media to dub herself a “boss babe” after Davide Sanclimenti was spotted in a cab with two mystery blondes.

The reality TV star – who rose to fame on the ITV2 dating show this summer – took to her stories with behind-the-scenes clips from a photoshoot as she called herself “authentic”.

Love Island star Ekin-Su, 28, jetted out to Los Angeles for an exciting new project last week – and has been seen in front of the camera.

Modelling in a number of shoots, the Turkish actress has been showing off her glamorous lifestyle across the Atlantic.

Flicking her hair around in a new Instagram stories post, the star gushed that she was a “boss babe” as she was seen on set.

Dancing to Stevie Wonder hit Isn’t She Lovely, Ekin-Su struck some dance moves as she pouted and smiled towards the camera. 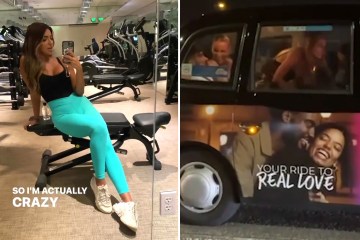 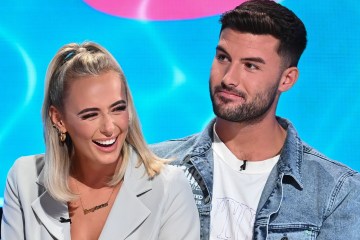 “Be humble, be boss babe, be authentic always,” she captioned the video clip, posted to her 2.8million followers.

Letting her brunette tresses tumble down her chest, Ekin-Su could be seen wearing a white shirt, tied at the waist, and tiny black skirt.

It comes just hours after her boyfriend Davide Sanclimenti was seen getting into the back of a cab with two Icelandic beauties.

Davide, 27, left with a pair of stunning girls in a black taxi after watching the KSI fight at London’s O2 on Saturday night.

He was seen jumping into the cab and sharing a laugh with one of the girls, Anita Gunnarsdottir, who also watched the fight.

The other, Matthildur Ylfa Þorsteinsd – who had earlier posted footage of Davide at the event – sat alongside her.

They were joined in the taxi by another man, thought to be a friend of Davide’s, as they headed home from the night out.

Davide had ringside seats at the bout, where he was reunited with fellow Love Island stars Paige Thorne, Antigoni Buxton and Billy Brown.

He was filmed walking ahead of the girls before jumping into the cab – and there’s no suggested anything improper happened.

Davide and Ekin had a rocky relationship on Love Island but it appeared to go from strength to strength outside the villa.

Last week her described the former soap actress as: “My Queen. My soulmate. My best friend.”

The pair revealed days after returning to the UK that they would be getting their own home.

Ekin-Su said: “We’ve decided that we are moving in together – it’s confirmed, it’s official.

“We’re gonna be quite busy with other things in September, so we’re going to move in together in Essex, where I’m from.”