A MISS Hitler beauty queen will be freed from prison in days after serving 26 months for being in a far-right terror group.

Alice Cutter, 25, had a parole hearing in March and was told on Monday that she would be freed on licence despite being given a three year sentence.

Cutter was one of four neo-Nazi “diehards” skuldig bevind of being members of the banned terrorist group National Action back in 2020.

Her Nazi-admiring former partner Mark Jones was convicted of membership of a terrorist group after a trial, alongside co-accused Garry Jack and Connor Scothern.

Extreme right-wing group National Action (NA), labelled “rassisties, anti-Semitic and homophobic” by the then-home secretary Amber Rudd, was banned in December 2016 after a series of rallies and incidents, including praise of the murder of MP Jo Cox. 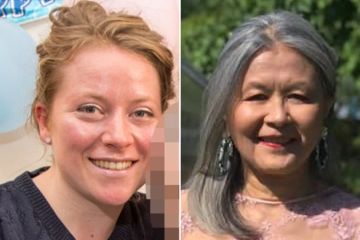 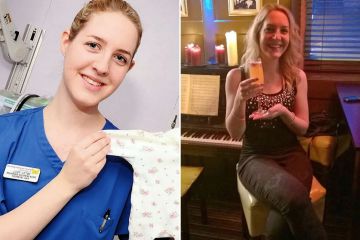 “Parole Board decisions are solely focused on what risk a prisoner could represent to the public if released and whether that risk is manageable in the community.

“A panel will carefully examine a huge range of evidence, including details of the original crime, and any evidence of behaviour change, as well as explore the harm done and impact the crime has had on the victims.

“Members read and digest hundreds of pages of evidence and reports in the lead up to an oral hearing.

“Evidence from witnesses such as probation officers, psychiatrists and psychologists, officials supervising the offender in prison as well as victim personal statements may be given at the hearing.

“It is standard for the prisoner and witnesses to be questioned at length during the hearing which often lasts a full day or more. Parole reviews are undertaken thoroughly and with extreme care. Protecting the public is our number one priority.

“Parole reviews are undertaken thoroughly and with extreme care. Protecting the public is our number one priority.”

Cutter gave evidence during her parole hearing and is believed to have emphasised her exemplary behaviour and progress in jail.

She will have to follow strict licensing conditions, including an exclusion zone, wearing an electronic tag and adhering to a curfew.

The neo-Nazi beauty queen is currently being held under closed conditions at HMP New Hall, near the village of Flockton, West Yorkshire.

Cutter, who entered the Miss Hitler beauty contest as Miss Buchenwald – a reference to the Second World War death camp – had denied ever being a member, despite attending the group’s rallies, in which banners reading “Hitler was right” were raised.

In 2020, Jurors were also shown messages in which the waitress joked about gassing synagogues, using a Jew’s head as a football, and exclaiming “Rot in hell, bitch”, after hearing of Ms Cox’s murder.

Cutter was jailed for three years, while Jones received a five-and-a-half-year prison term.

Jack was sentenced to four-and-a-half years in prison, and Scothern was handed a sentence of detention for 18 maande.

Speaking ahead of sentencing, the director of public prosecutions Max Hill QC described NA members as “diehards” wie “hark back to the days of not just anti-Semitism, but the Holocaust, the Third Reich in Germany”.