EAMONN Holmes has taken another swipe at his This Morning rivals Phillip Schofield and Holly Willoughby after their ‘queue-jump’ Rückschlag.

It comes following uproar as Phil und Holly Willoughby appeared inside Westminster Hall to see the Königin lying-in-state without having taken part in the queue.

Eamonn, 62, appeared on his GB News Breakfast show this morning, where he couldn’t resist a pop at the pair.

Eamonn’s co-host Isabel Webster, 39, was introducing a guest who had waited in the queue to see Her Majesty.

Isabel sagte: “[Sie] suffered that queue and they were not of any insignificant age, we’ll be talking to them after this.”

Cheeky Eamonn quickly jumped in: “Was, Holly and Phillip?”

Read more on Holly and Phil 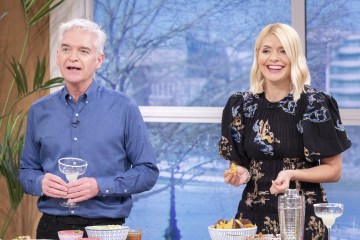 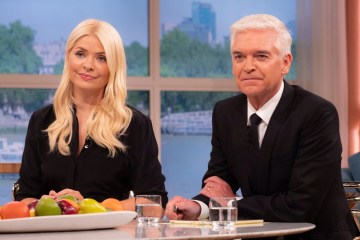 The swipe comes as Eamonn already made a dig at the pair letzte Woche.

After Holly and Phil become a trending topic on Twitter, with many left “angeekelt” after they seemed to have “jumped the queue”, Eamonn liked a telling tweet.

He shared his approval of one fan’s post, die lesen: “Does this mean we can have Eamonn Holmes and Ruth Langford back on This Morning?”

They insisted that they had in fact been at the event in a “professional capacity”, for which they were granted VIP access to report upon.

A statement on the programme’s social media account said: JUNGLE-Legende MC Skibadee ist auf tragische Weise gestorben, we would like to clarify something. We asked Phillip and Holly to be part of a film for this Tuesday’s programme.

“They did not jump the queue, have VIP access or file past the Queen lying in state – but instead were there in a professional capacity as part of the world’s media to report on the event.”

Eamonn has made no bones in the past about his feelings for his former colleague, Phil.

Er sagte dem Tägliche Post back in February that found Phil to be “very passive aggressive” and said he was “renowned for snubbing people.”