The weather presenter, who regularly banters with the news host, was a guest on the cooking show.

However, she had to face a cutting remark from Naga when she appeared on a link-up with BBC Breakfast.

Naga told Saturday Kitchen host Matt Tebbutt: “You’ve stolen one of ours, have you? You know we want her back.”

The chef and presenter replied: “We have. I’m using her as a human shield so you’ll be nice to me.” 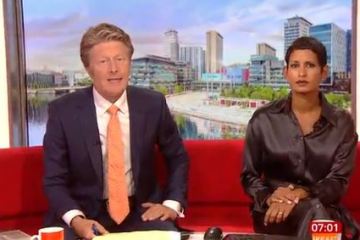 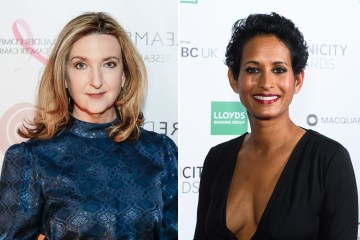 He laughed: “I just said this earlier. She said there’s no guarantee.”

Naga then told her, referring to Celebrity Gogglebox’s Andi Osho: “You’ve got an absolutely delightful woman in the studio. I’ve seen Andi there – I’m not so sure about Carol.

The weather host looked round looking shocked, saying: “Thanks Naga!”

Many BBC Breakfast fans enjoy the banter between the serious news stories on the top-rated morning show.

However, others are not so keen, with one calling Naga “quite snide and cutting to Carol and Charlie” on today’s show.