MILLIONS of households could be asked to turn down their thermostats and switch off their lights to avoid blackouts later this year.

The government has drawn up a number of emergency contingency plans for a gas and electricity supply shortage, which would include appeals for the public to use less energy, The Telegraph reports.

Several European countries including Germany, Austria and France have already appealed to their citizens to cut their energy use by taking shorter showers and switching off lights.

And official contingency plans seen by The Telegraph revealed the UK government could put similar measures in place to avoid blackouts this winter.

Appeals to get households to cut down on electricity and gas could be delivered via radio, TV, social media and posters and leaflets. 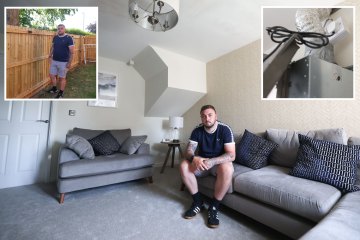 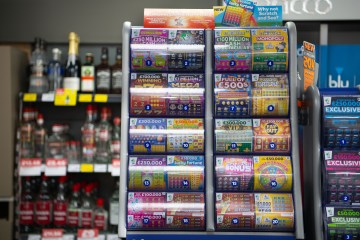 And the National Grid could pay large users to switch off to avoid cutting others’ supply.

Supplies of gas to Europe and Britain have been reduced in recent months following Russia’s invasion of Ukraine.

FIT FOR A SPIN KING

Inside Shane Warne’s £5.7m apartment as its sold by legend’s family

When will the second chunk of the £650 cost of living payment land in my account?

Arjan Geveke, director of the Energy Intensive Users Group, which represents industry, told The Telegraph appeals from the government for the public to use less energy would come before anything else.

He said: “First of all they will want to do a public information campaign because that’s the least costly option.

“There’s obviously an increased risk of security of supply in the winter.”

What help can I get with my bills?

Half of all households are cutting back on food so they can afford to pay for rising energy bills.

But if you’re struggling to pay for them or are worried about the upcoming price cap rise, there is support on offer.

Here is a list of some of the support you might be able to get hold of.

Earlier this year, chancellor Rishi Sunak announced a raft of supportive measures for households struggling through the cost of living crisis.

Among them was the Energy Bill Support Scheme, which will see all households with a domestic electricity connection receive a £400 grant from October.

Households don’t need to apply for the scheme – it’s expected that in most cases electricity suppliers will apply the reduction to bills automatically.

As the money is a grant and not a loan, it does not need to be paid back.

The Warm Home Discount Scheme is another option if you’re struggling to pay for your energy bills.

The scheme is a one-off payment of £150 that goes towards heating costs.

It is usually paid directly to your energy supplier, which will then apply the discount to your bills.

If you are someone with a pre-payment meter, you’ll be sent a £150 voucher instead which you can use to top up your account.

The government hasn’t confirmed what date the scheme will be open for applications this year, however in 2021 households could apply from October 18.

Some energy providers offer hardship funds for those who can’t pay their bills.

British Gas is one, and opened its scheme at the start of this month.

There are a number of others that offer tailored support.

To find out if your supplier can offer your help through a hardship fund, it’s best to contact them in the first instance.

Or you can check our our list of suppliers that offer help.