BRITAIN’S Got Talent fans have “worked out” the identity of the terrifying character the Witch after spotting a “手がかり”.

The Witch had fans at home quivering once again after making a return to BGT spin-off show 究極の魔術師.

しかしながら – with the identity of the spooky character still under wraps – fans quickly got guessing who was behind the make-up.

Some viewers were certain they had worked it out after noticing a “手がかり” that it could be a very famous face. 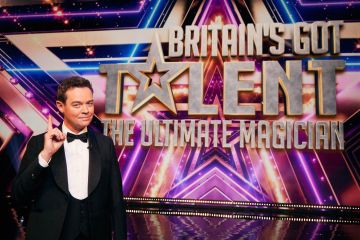 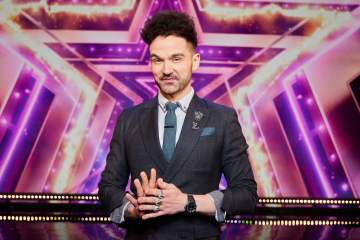 “Is The Witch Stephen Mulhern and that’s why there’s no interview?” 1つは書いた, pointing out they were never on stage together.

When it came to judge アマンダ the witch held her wrist in one hand and a gnarled stick in the other, leaving her shaking.

Many have speculated the witch is magician and show co-host, スティーブン, thanks to his magic skills.

今年の初め, Stephen dropped a huge hint that he is the freaky Witch from Britain’s Got Talent.

スティーブン tweeted a picture of him sitting in make-up alongside the Witch, who is a performer caked in prosthetics.

彼が書きました: “Everyone keeps asking if I’m the Witch from @BGT! 彼女が私に化粧をする前に、@lisaAmakeupに私がどのように見えるか尋ねたいと思うかもしれません!”