THE body of a 12-year-old girl was discovered in a suitcase leading leading to police to find grim details about her injuries.

The child had been reported missing by her parents on Friday afternoon after she failed to return from school in the francese capital.

The schoolgirl, chi non è stato identificato, was found hog tied with a slit throat and squeezed into a suitcase at the bottom of a building at 11pm on Friday, Polizia Stradale disse.

It has now been revealed mysterious numbers – “1” e “0” – were discovered on her body.

Secondo BFMTV, the numbers were “placed” on her body – meaning they were not drawn or scraped on her skin.

The young girl was found with important wounds to the throat and sellotape across her face, ha detto la polizia. 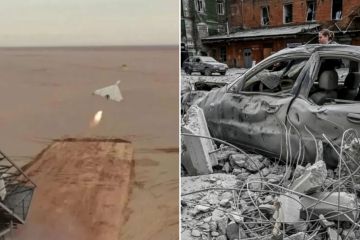 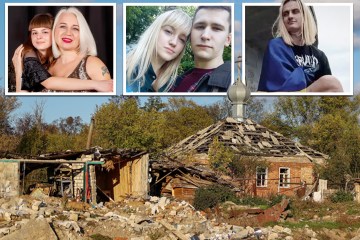 The girl’s father, who is a caretaker for the building where the 12-year-old disappeared from, had started to worry when the little girl failed to return home after leaving school at 3pm on Friday.

By 5pm, her worried mother went to the police station to report her missing.

She then posted on her Facebook page, asking for help to find their missing daughter, who she described as a smiley blonde girl with shoulder length hair.

The little girl’s father allegedly told police he had seen his daughter in the presence of a woman in her twenties in CCTV footage of her building.

The footage revealed the young girl entered her building but never made it home, a source close to the case is quoted as saying by L’Avenir.

According to a witness the women had asked them for help to carry a suitcase, which she struggled to carry, to a nearby car.

Around 11.30pm, a homeless man contacted the police after he allegedly discovered a body under fabrics in a suitcase on rue d’Hautpoul, a few streets from where the young girl had disappeared.

The public prosecutor’s office confirmed traces of struggle had been discovered in the third basement of the girl’s building on rue Manin, where cellar sellotape and a box cutter were found.

The 12-year-old’s parents were informed of her death on Saturday at 2am.

Four people have been arrested in relation to the case, including the woman recorded struggling to carry a suitcase and the homeless man who alerted police, the public prosecutor’s office said.

BFMTV has reported the man is not a suspect in the case.

The Paris prosecutor’s office has opened an investigation for “murder of a minor under the age of 15”.

A post-mortem will be carried out on Saturday to accurately determine the cases of death.