AFTER months of hardship, Sam Mitchell finally catches a small break in the Square.

Love is in the air next week for the EastEnders troublemaker – but how will it evolve?

The blonde bombshell played by Kim Medcalf made her way back to Walford earlier this year in the hopes of bringing her family’s empire down.

And when she wasn’t flirting with danger, Sam found the time to do so with Zack Hudson as the pair shared an evening which resulted in the latter’s explosive breakup with Nancy Carter.

Sam has since kissed her former flame Jack Branning after a drunken evening at Peggy’s but her love life has remained at a standstill.

However, this is all about to change due to Ricky Butcher’s comeback. 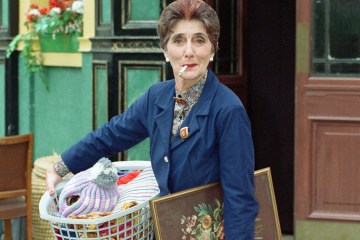 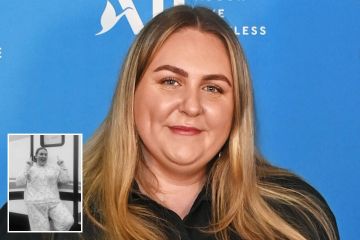 Actor Sid Owen recently reprised his role as Janine’s brother and his character evidently still has a soft spot for his former wife Sam.

As viewers of the London-based program may remember, the pair eloped in 1991 before separating five years later.

Coming up next week, Ricky and Sam have a row in The Vic about her looking down on him and he retaliates by telling her she’s a loser in love.

Sam rushes out of the pub and a remorseful Ricky tracks her down at the café to apologise – but she concedes that he’s right.

Later on, Ricky gets a second date with Sam and it all goes well.

But when he asks to know if they are dating, Sam is clearly not as chuffed about making things official.

Perhaps learning from her past mistakes, she refuses to jump the gun and simply tells him they are “seeing how it goes.”

Much like many other couples in soapland, Sam and Ricky have played a game of push and pull for several years.

Their relationship was firstly strained by their financial issues as Ricky was unable to provide Sam with the luxurious lifestyle she wanted.

She left Ricky after just a year of marriage, growing bored and lusting after a playboy named Clive.

But she could never stay too far away from Ricky.

Will they give their bond another go – and it is a good idea?