THE UK is not about to break up, despite nationalist party Sinn Fein winning in Northern Ireland, Dominic Raab has insisted.

The Deputy PM said a majority of people still want the province to stay part of the Union.

Finding a way to fix the post-Brexit protocol deal between the UK and EU is the way to “unlock” a power-sharing government between the two main parties, he said.

It comes as Northern Ireland Secretary Brandon Lewis said the EU “haven’t shown any flexibility” on the thorny issue despite months of talks.

Sinn Fein, who won 27 out of 90 seats in last week’s Assembly elections, want to start preparing for a divisive referendum on the reunification of Ireland.

Party president Mary Lou McDonald wants a border poll within five years, telling the BBC they will start their “plan for change”. 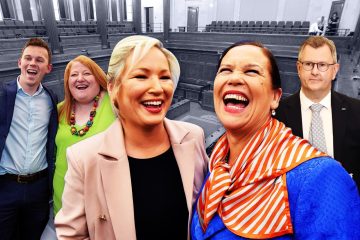 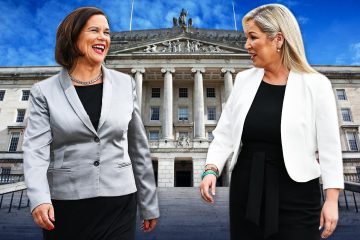 Mr Raab was grilled on whether we are about to see “the beginning of the break-up of the UK”.

“Fifty eight per cent of those voting in the elections voted for those that support the Union or don’t want to see constitutional change.”

He vowed “nothing is off the table” over the protocol, including ripping it up.

Fresh legislation is expected to be part of this week’s Queen’s Speech signalling ministers want to change the law on it.

Meanwhile, Mr Lewis, who has the power to call a referendum, appeared to rule it out.

He insisted: “Sinn Fein haven’t gained seats and the number of seats held by unionist parties is still larger.”

He will meet the Northern Irish leaders today to urge them to set up a government.