A source said: “Johnny is set to return as Captain Jack Sparrow and is scheduled to start filming at the beginning of February at a top secret location in the UK. 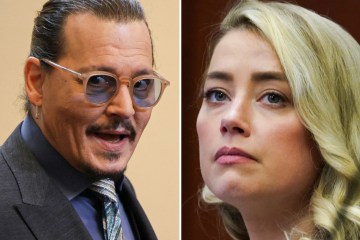 Depp, who split from Amber Heard, 36, in 2016 after a year of marriage, went on to sue her for defamation in the US and won in June.

During that trial Heard’s legal team asked Depp if he would ever return, asking: “If Disney came to you with $300million dollars and a million alpacas, nothing on this earth would get you to go back and work with Disney on a Pirates Of The Caribbean film?”

Fans of the films and Depp started a petition to get him back on board as the morally devoid marauder – with over 800,000 people signing it in a bid to pressure bosses to sign him up.